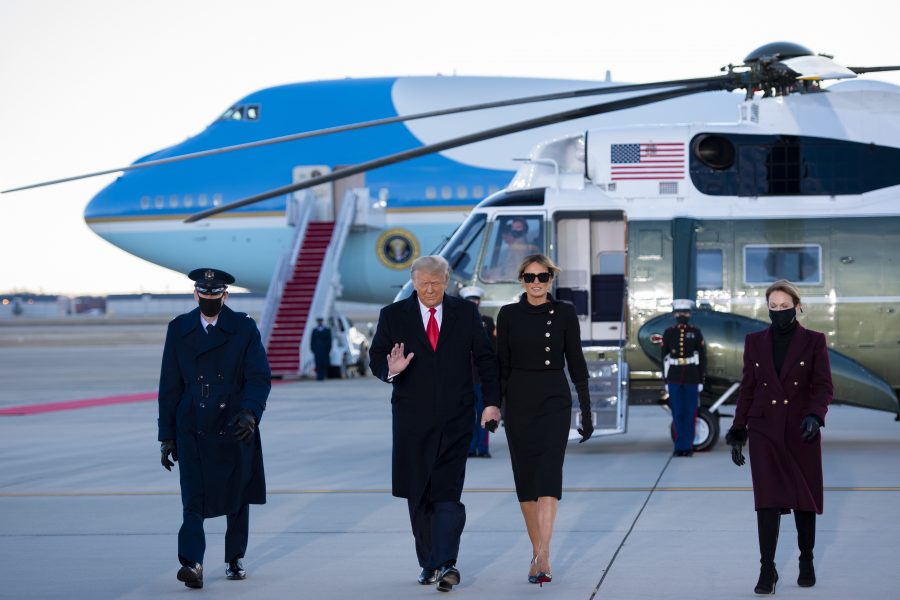 Former President Donald J. Trump on the morning of Jan. 20 took off on Air Force One from Joint Base Andrews, Md., for the last time, after brief remarks highlighting his administration’s accomplishments in adding military funding and creating the Space Force as the newest military service.

Hours before President Joe Biden swore in, Trump flew to Andrews on Marine One and boarded the USAF VC-25 with the callsign Air Force One—since Trump was still in office at the time—in front of a crowd of family, supporters, and staff.

Trump’s four years in office saw a massive increase in Pentagon spending, growing from $618.7 billion in fiscal 2017 to $732 billion in fiscal 2021, though Congress had to override a veto to pass the authorization bill. Pentagon leaders said the increased spending has contributed to improved readiness.

Trump also oversaw an increase in combat operations in the early years in Afghanistan, Iraq, and Syria, before ordering a withdrawal of forces to levels not seen since the early days of combat in the theaters. Then-Acting Defense Secretary Christopher C. Miller said the U.S. succeeded in its efforts to draw down forces, with just 5,000 troops in both Afghanistan and Iraq.

Trump also touted changes to the Department of Veterans Affairs, saying his administration took care of our “beautiful vets. They were very badly treated before we came along.”