Skip to content
Air Force Maj. Jeffrey Anderson, 99th Reconnaissance Squadron pilot, prepares to taxi at Beale Air Force Base, Calif., on May 5, 2020. At altitudes’ more than 70,000 ft., the U-2 is the highest flying operational aircraft in the Air Force. Air Force photo by Senior Airman Colville McFee.
Expand Photo 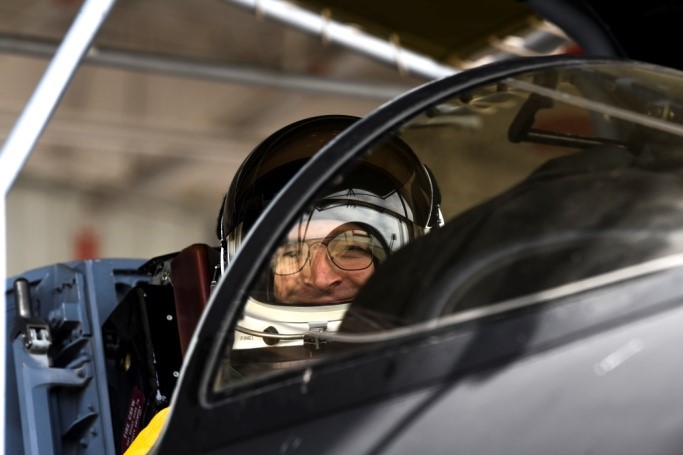 A Reservist has qualified to fly the U-2 spy plane for the first time in Air Force history, using a fast-track program that opens up new manning options for the intelligence enterprise, the 9th Reconnaissance Wing said.

Maj. Jeffrey Anderson joined the highly selective U-2 program while serving on Active duty, then moved to the Air Force Reserve, the service said in a release. After flying Delta Airlines jets for two years, he returned to the military through an initiative known as the “commander-directed requalification program.”

That program allows pilots who have fallen behind on aircraft qualification for a short period of time, usually less than 36 months, to rejoin the force, according to Lt. Col. Christopher Mundy, 99th Reconnaissance Squadron commander. The opportunity is only available to qualified U-2 pilots who separated from the Air Force and became Reservists.

Anderson’s previous training let him cut the time it took to requalify for flight. While he has been an active Reservist for about six months, it typically takes nine months to a year to train as a U-2 pilot.

The squadron wants to draw on that previous experience to backfill potential manning issues in the U-2 enterprise.

“By having a Reservist that’s qualified in the aircraft, it gives the 99th Reconnaissance Squadron more flexibility for the U-2 program into the future,” the service said. “It allows for more experience where there is a manning crisis for the pilots in the Air Force.”

Mundy said Anderson’s success opens the door to others who want to return to the U-2. They will be considered on a case-by-case basis.

The requalification program is another avenue to grow the pool of Dragon Lady aviators that the Air Force has used in the past few years. In 2018, the service launched the First Assignment Companion Trainer program, which allows students in undergraduate pilot training to sign up for the U-2 early instead of waiting six years to earn the requisite experience to fly the high-altitude plane.

Fewer than 1,500 pilots have flown the U-2, a unique intelligence, surveillance, and reconnaissance mission that sends Airmen to the edge of space to collect photos with a powerful camera and also handles signals intelligence.