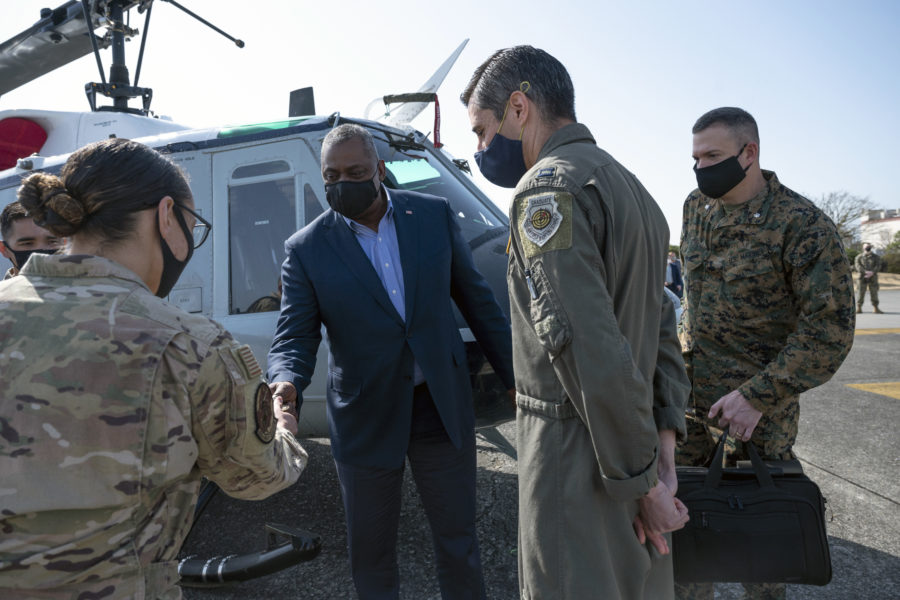 US Pays Most of Shared Defense Costs with Japan, South Korea

The U.S. pays more than half of the cost of keeping forces in Japan and South Korea, but it’s a good deal for the U.S. and enhances regional security, the Government Accountability Office found.

The cost to keep U.S. forces in Japan was $33.5 billion from 2016-2019, of which the U.S. paid $20.9 billion and Japan paid $12.6 billion, the GAO found. The cost of maintaining U.S. forces in the Republic of Korea was $19.2 billion over the same period, of which the U.S. paid $13.4 billion and the ROK paid $5.8 billion. The GAO based its numbers mainly on the U.S. defense budget, with other inputs from the Department of State and the host countries.

The U.S. gets six main benefits from maintaining forces in the two countries, the GAO said. According to the agency, the investment:

The U.S. has about 55,000 troops in Japan—the largest forward-deployed force—and 28,500 troops in South Korea, the GAO said. The U.S. uses “dozens of sites” in both countries, “ranging from tens of thousands of acres for training … to single-antenna outposts.”

GAO was required to do the report under the National Defense Authorization Act of 2020.

To assess the subjective “value” of the U.S. presence in the two countries, GAO included structured interviews with 20 “governmental … and non-governmental experts from think tanks and universities,” and gauged their opinion of whether the U.S. gets value from its basing agreements with Japan and Korea. The experts typically said they “agree” or “strongly agree” with the six benefits the GAO mentioned. They cautioned, though, that local opposition to U.S. forces in some locations—Okinawa, for example—may make those operating locations untenable in the long term. The U.S. has relocated some forces already to reduce friction with host nations.