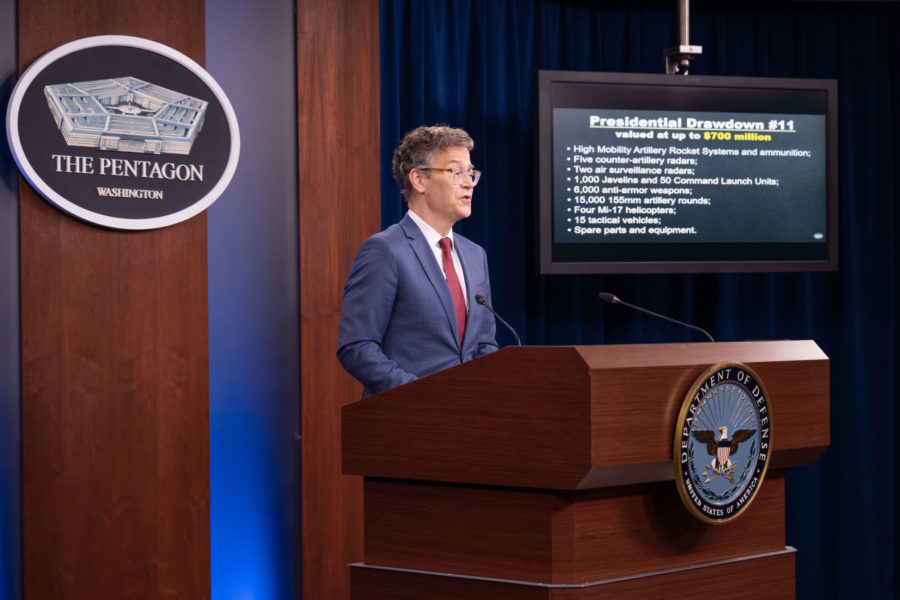 The Pentagon announced its latest drawdown package for Ukraine on Aug. 8, valued at $1 billion and mainly comprising munitions for key systems. But any decision on whether to provide the Ukrainian Air Force with Western combat jets is still to be made, a key Defense Department official told reporters—and it could potentially take “a year to three years” before such jets could be delivered.

In particular, Ukraine has said it needs “fast and versatile” aircraft such as the F-16, not slower-moving ground defense platforms such as the A-10. The Ukrainians have also pushed for their pilots to start receiving training on Western aircraft as soon as possible, even before a final decision is made on which aircraft to give them.

Members of the U.S. House of Representatives have lent their support on that last point, including a provision in their version of the 2023 National Defense Authorization Act that would provide $100 million for Ukrainian pilots to train on American fixed-wing aircraft. That legislation, however, has yet to pass the Senate.

In the meantime, the Pentagon continues to announce new Presidential drawdowns of security aid for Ukraine—Aug. 8’s package is the 18th in the past year. And this latest one is primarily composed of missiles and ammunition for artillery, mortar systems, High Mobility Artillery Rocket Systems (HIMARS), and National Advanced Surface-to-Air Missile Systems (NASAMS).

What the package did not include was any new HIMARS or NASAMS. Ukrainian officials have said they need rapidly expanded numbers of HIMARS from their current inventory of 16, as well as quick delivery of NASAMS to defend against the Russian cruise missile threat.

But while the Pentagon is providing an unspecified number of Guided Multiple Launch Rocket Systems (GMLRS) to be fired from the HIMARS, “our assessment actually is that the Ukrainians are doing pretty well in terms of the numbers of systems and really the priority right now is making sure that they have a steady stream of these GMLRS,” Kahl said.

The GMLRS are having “real operational effects,” Kahl added.

“These GMLRS … are having a very profound effect. I mean, this is a 200-pound warhead. It’s kind of the equivalent of an airstrike, frankly, a precision-guided airstrike,” Kahl said. “These are GPS-guided munitions. They’ve been very effective in hitting things that previously the Ukrainians had difficulty hitting reliably.”

In terms of air defenses, the new drawdown includes an unspecified number of Advanced Medium-Range Air-to-Air Missiles (AMRAAMs) that will go with the NASAMS, Kahl clarified.

Pacific Air Forces only recently developed the concept of agile combat employment in response to the growing threat to its air bases from China’s ballistic missiles, and already ACE is rapidly transforming Air Force planning, training, and doctrine. At its core, ACE is officially “a proactive and reactive operational scheme…

Russia's invasion of Ukraine has failed in its strategic objectives and led to tremendous loss of life, and a counteroffensive by Ukrainian troops is now routing Russian forces. Russia's failures are due to its ineffective use of air power, according to top U.S. Air Force generals. As a result, the…

The ability to achieve air superiority and control airspace over a war zone is a key U.S. military strategy and in some cases has been the primary means of achieving military objectives, such as when NATO intervened to stop Serbia's war in Kosovo and the counter-ISIS campaign in Syria. But…

Senior U.S. officials emphasized the long-term security of Ukraine and other European allies, announcing a new $2.2 billion aid package and plans to bolster their respective defense industrial bases. The Department of Defense also announced another $675 million drawdown of security assistance for Ukraine, including more artillery, munitions, and High-speed…