Skip to content
Lawmakers will hash out the details of the fiscal 2021 defense policy bill over the next several months, starting with Senate Armed Services Committee markup sessions the week of June 8, 2020. Sen. Jim Inhofe (R-Okla.), shown here, is the chairman of the committee. Defense Department photo by Lisa Ferdinando.
Expand Photo 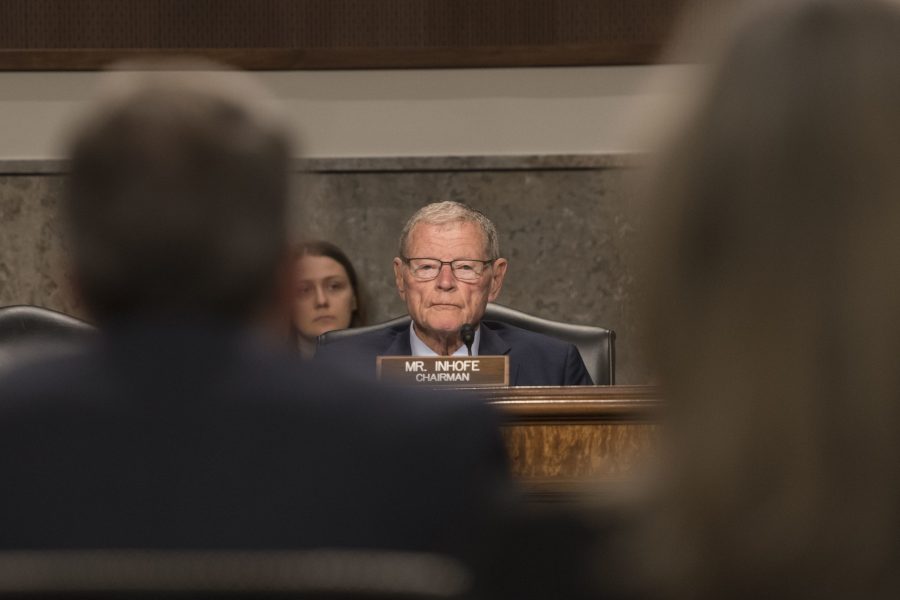 Senators on June 8 started the monthslong process of crafting the annual defense policy bill, trying to stick as close to their normal legislative duties as possible despite the global coronavirus pandemic.

“While we continue to address the coronavirus, we still have a sworn duty to address the threats facing our nation,” Senate Armed Services Committee Chairman Sen. Jim Inhofe (R-Okla.) said in a release. “The pandemic just makes it all the more important that we care for our service members and their families, maintain peak readiness, and continue modernizing and preparing for the future—just as the National Defense Strategy urges.”

House lawmakers will begin their own markup sessions for the fiscal 2021 National Defense Authorization Act on June 22.

The NDAA will tackle the typical issues of what weapons and platforms the armed forces should buy, emerging technology and policy areas to study, and how to treat service members and their families fairly. Some language will be more reactive to current events, such as a provision looking to ban live nuclear testing that could be attached to the NDAA, or text to stop the military from using force against Americans protesting under their First Amendment rights.

After months of figuring out how to proceed with markup season while considering health concerns and social-distancing requirements, the House Armed Services Committee will hold in-person debates in Washington while also letting members teleconference into the meetings. SASC will not have a videoconferencing option because the markups contain sensitive information.

All SASC markups are classified, except for the meeting to consider personnel issues. The House Armed Services Committee will keep its markup sessions open to the public. Once the full committees and each subcommittee pass their own legislation, each chamber’s bill will head to a floor vote. Lawmakers will then hash out the differences between both bills to arrive at a final version for congressional and presidential approval.

Senate and House appropriators have not yet released their schedules for considering the 2021 defense spending bills. However, the House Appropriations Committee will mark up all fiscal 2021 bills over the first two full weeks of July, according to a spokesman.