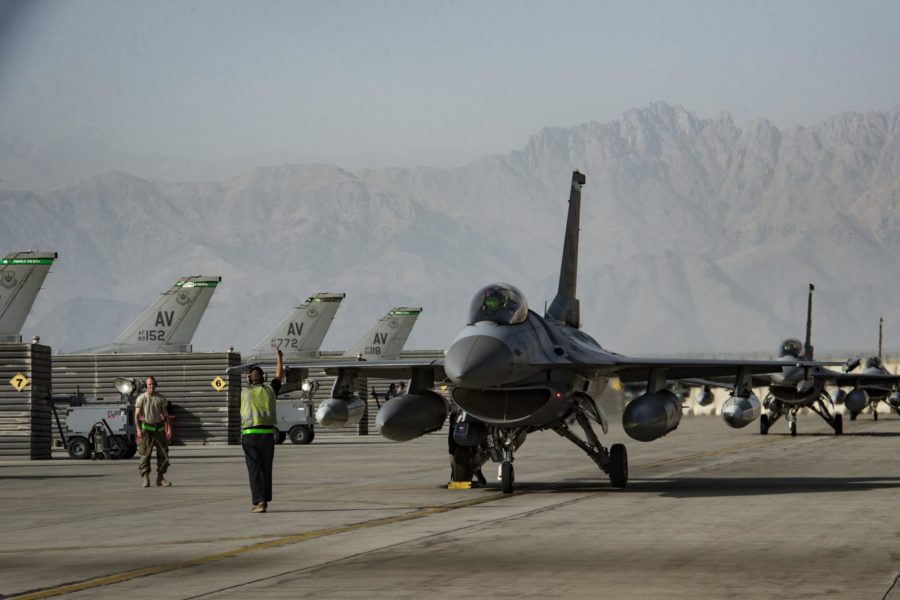 U.S. Will Reportedly Hand Over Bagram to Afghan Forces

U.S. forces will reportedly transfer control of Bagram Airfield, the major headquarters of American air operations in Afghanistan, to Afghan forces within about three weeks.

Agence-France Presse reported June 1 that the U.S. military will hand the base over to the Afghan government in about 20 days. Bagram is the biggest installation in the country and has hosted tens of thousands of troops.

Pentagon spokesman John F. Kirby, asked about the report during a June 1 briefing, said “clearly” the base will be turned over as part of the withdrawal from Afghanistan but added that “I’m not going to speculate about timing” for operational security reasons.

U.S. Central Command reported June 1 that American forces have completed between 30 percent and 44 percent of the entire withdrawal from Afghanistan, flying out approximately 300 C-17 loads from the country and handing over about 13,000 pieces of equipment to the Defense Logistics Agency for destruction.

Bagram would be the latest in a series of major bases handed over to Afghan forces, including Kandahar Airfield, which also was a key location for USAF operations.

President Joe Biden announced in April that U.S. forces, along with American contractors and NATO allied forces, would completely leave Afghanistan by Sept. 11, 2021. Following the withdrawal, U.S. aircraft will continue counter-terrorism strikes in the country from outside of its borders, and the Pentagon is pursuing ways to remotely continue the mission to train, advise, and assist.