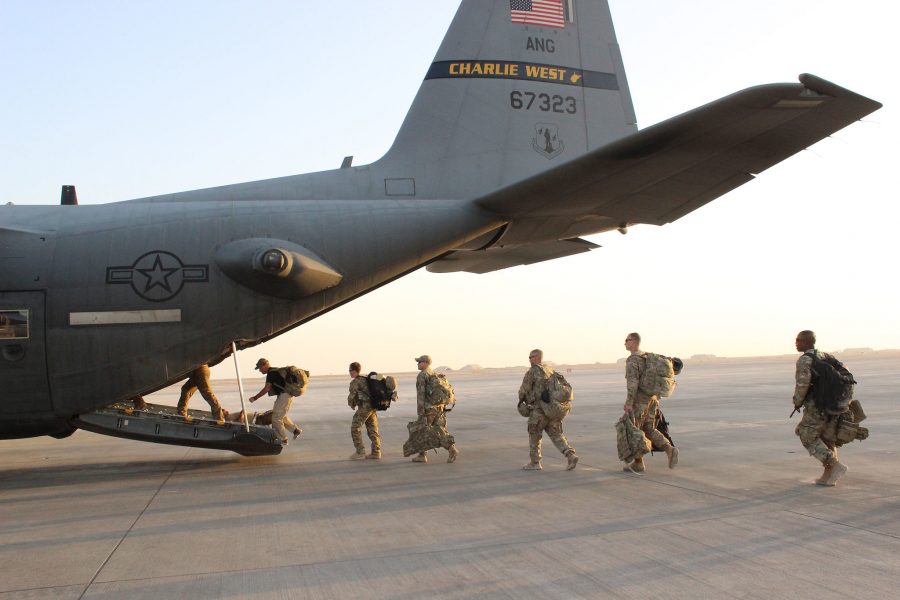 “The dangers to our country constantly evolve, and so must we,” Trump said. “Now, those who wish to harm the United States, to seek to challenge us in the ultimate high ground of space, it’s going to be a whole different ball game.”

Flanked onstage by Vice President Mike Pence, Defense Secretary Mark Esper, and SPACECOM boss USAF Gen. Jay Raymond, Trump pointed to other countries’ anti-satellite weapons and said now is the time to deter enemies and “prepare for victory” in space in the same way the military approaches the air, land, and sea. Esper then signed the order establishing the command in the Rose Garden.

SPACECOM, which handed its responsibilities to US Strategic Command and disbanded in 2002, is taking that work on once again.

The 11th unified combatant command will manage the daily business of running communications and GPS satellites, tracking missile launches and space debris, and more under Raymond’s leadership. He also runs Air Force Space Command, which for now will provide the bulk of the Pentagon’s space personnel and assets to SPACECOM.

However, certain questions remain unanswered. SPACECOM is temporarily headquartered at Peterson AFB, Colo., defense officials confirmed. Acting Air Force Secretary Matt Donovan is still reviewing six possible locations in California, Colorado, and Alabama that could serve as a permanent headquarters. The Air Force said an announcement on the preferred location is slated for sometime in the next few months.

Other personnel and functions are working at key space bases Schriever AFB, Colo., and Vandenberg AFB, Calif., as well as Offutt AFB, Neb., the home of STRATCOM headquarters. SPACECOM’s two major components will be located at Vandenberg and Schriever.

It’s still unclear how many people will end up working at SPACECOM. It will initially employ about 260 military and civilian workers, as well as contractors, according to the Pentagon. That workforce could grow to more than 600 people. The Defense Department’s 2020 budget request includes about $84 million to stand up the command.

Officials are still figuring out which missions, resources, and authorities SPACECOM will take on and when, Air Force Magazine previously reported. To start, the command will handle planning, tasking, directing, monitoring, and assessing combined and joint space operations needed to support troops around the globe.

The combatant command is expected to work hand-in-hand with a new Space Force, if Congress agrees to create one within the Air Force in the fiscal 2020 defense policy bill. The Trump administration is still hashing out the details with lawmakers, and eventually wants the Space Force to become a standalone department in the Pentagon.

“Space is critical to the nation’s security, economic prosperity, and scientific knowledge,” defense officials told reporters. “Our use of space helps keep our country safe, protects lives, and supports our everyday way of life. Our activities in space will only grow in importance, presenting untapped opportunities for our nation, our allies, and the world.”