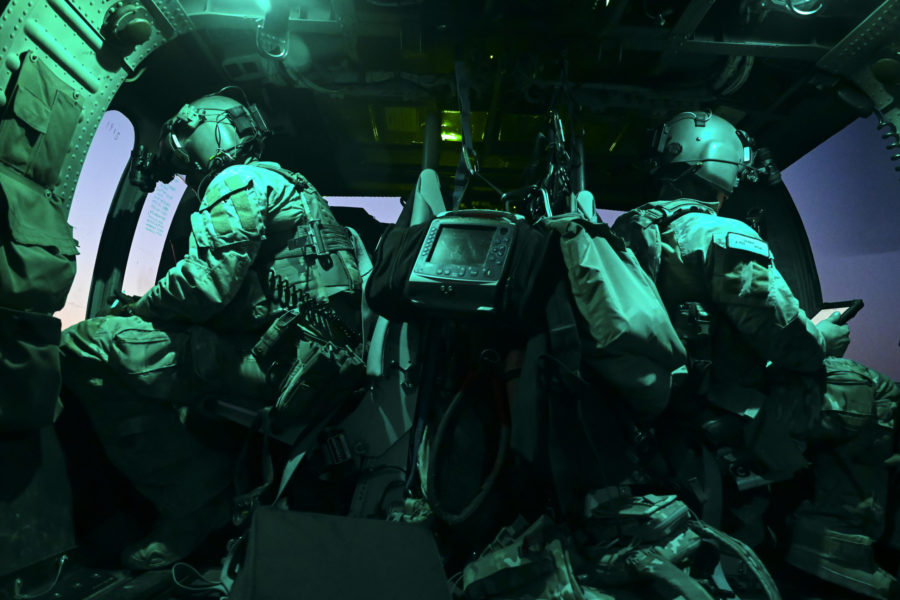 DAYTON, Ohio—While the Air Force is keeping a seemingly optimistic outlook about the future of its MH-139 Grey Wolf fleet, despite problems receiving FAA certification, another of the service’s helicopter programs is being prematurely curtailed—and officials are already considering what might come next.

As part of its 2023 budget rollout, the Air Force announced plans to cut its total buy of the HH-60W Jolly Green II at 75, instead of the originally planned 113.

That cut, leaders said, was made in response to a changing threat environment, but it raised some concerns in Congress, where lawmakers have included language in several different spending and authorization bills asking for reports from the Air Force.

In particular, the Senate Appropriations defense subcommittee stated in its markup of the 2023 spending bill that the cut called into question “the strategic underpinning” of the Air Force’s acquisition decisions.

The Senate Armed Services Committee, meanwhile, included a provision in the 2023 National Defense Authorization Act requiring a briefing on “plans to satisfy the combat rescue requirement with United States assets should the Air Force’s program of record be truncated short of the inventory objective.” The House Armed Services Committee also included language that would require the Air Force to “conduct a study on the requirements for the Air Force combat search and rescue mission.”

Neither the spending bill nor the 2023 NDAA has passed Congress or become law yet, but work on those very questions is already being done as the Air Force considers the future of combat search and rescue, said Edward Stanhouse, deputy program executive officer for intelligence, surveillance, reconnaissance, and special operations forces.

“The team is looking at a variety of technologies, in that exploration mode right now, from … [amphibious to] potential applications of some of those unmanned applications. A lot of work, a lot of conceptual work, I think has to be done in that area to do the proof of concepts,” Stanhouse said. “But primarily more kind of quick-moving aspects, potentially dual-use.”

“You may have seen the Air Force’s look at high speed vertical takeoff and landing aircraft … but also can something like that fill the need for something that can keep up with a fighter aircraft escort? Helicopters don’t do that very well. We tend to drag them down. So we’re kind of looking at that range of possibilities. ACC is looking at the requirement set right now. Air Combat Command has combat rescue in its portfolio, so they are looking at the range of concepts, and then they’re talking to AFRL and industry.”

In addition to Air Combat Command, Air Force Special Operations Command has already proposed a demo flight of an amphibious MC-130J, a special ops aircraft that can be used for infiltration and exfiltration. And the service’s experiments with electric vertical takeoff and landing have yielded several new milestones in recent months.