Skip to content
The 21st KC-46 Pegasus to be delivered to McConnell Air Force Base, Kan., is shown there on Jan. 10, 2020. Air Force photo by Airman 1st Class Nilsa E. Garcia.
Expand Photo 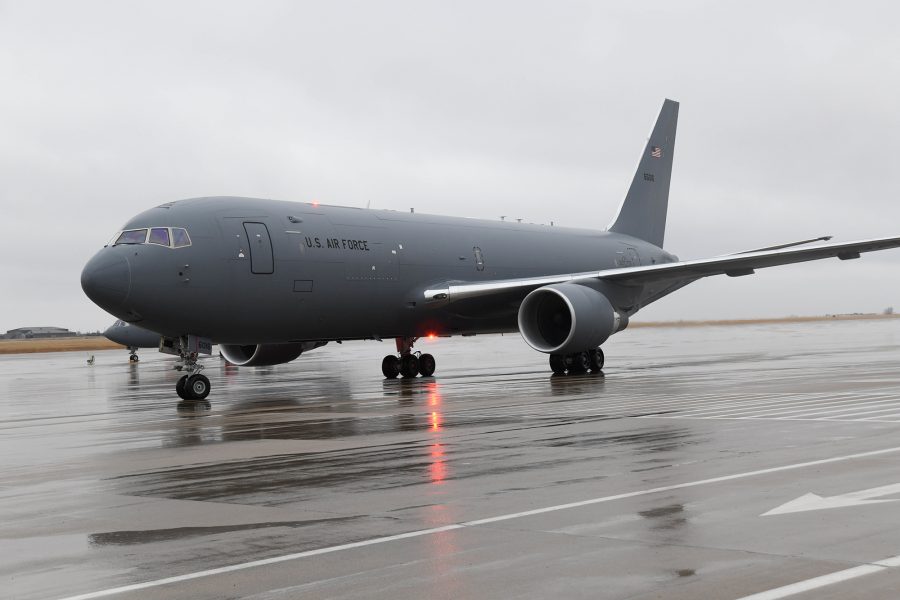 The Air Force’s troubled new tanker has another serious deficiency—a fuel leak problem that Boeing must fix at its own cost.

The service’s KC-46 program office first discovered a fuel leak during a flight test in July 2019, and the Air Force announced March 30 the problem has been upgraded to a “Category One” deficiency, meaning it could cause severe damage.

“The Air Force and Boeing are working together to determine the root cause and implement corrective actions,” the service said in a statement. “The KC-46 program office continues to monitor the entire KC-46 fleet and is enhancing acceptance testing of the fuel system to identify potential leaks at the factory where they can be repaired prior to delivery.”

The new deficiency is in addition to existing “Category One” deficiencies with the Remote Vision System and a problem with an actuator on the boom itself. The Remote Vision System—the series of cameras allowing the boom operator to refuel a trailing aircraft remotely—is plagued with problems relating to clarity, lighting, and depth of field. The actuator in the boom has proven problematic when connecting with aircraft that fly slower, such as the A-10.

Boeing is also covering the cost of proposed RVS fixes, which is seen as the most critical KC-46 deficiency, and the Air Force is funding the fix to the actuator because the system as provided met contractual obligations. Service officials have the KC-46 will not be deployable for three to four years because of the RVS issues.

The Air Force in December closed another deficiency on the aircraft, a problem with cargo locks that barred the aircraft from flying with cargo or passengers on board.

The Air Force has received at least 32 of the aircraft, which are flying initial operational test and evaluation flights. The aircraft have been delivered to McConnell Air Force Base, Kan.; Altus Air Force Base, Okla.; and Pease Air National Guard Base, N.H.