Skip to content
A Romanian Air Force IAR 330 helicopter and MiG-21 are seen at Air Base 71 in Campia Turzii in May 2019. U.S. Air Forces in Europe announced Jan. 4 that it would base MQ-9s at the base, which has previously hosted USAF theater security package rotations and brief deployments of Reapers in recent years. Staff photo by Brian Everstine.
Expand Photo 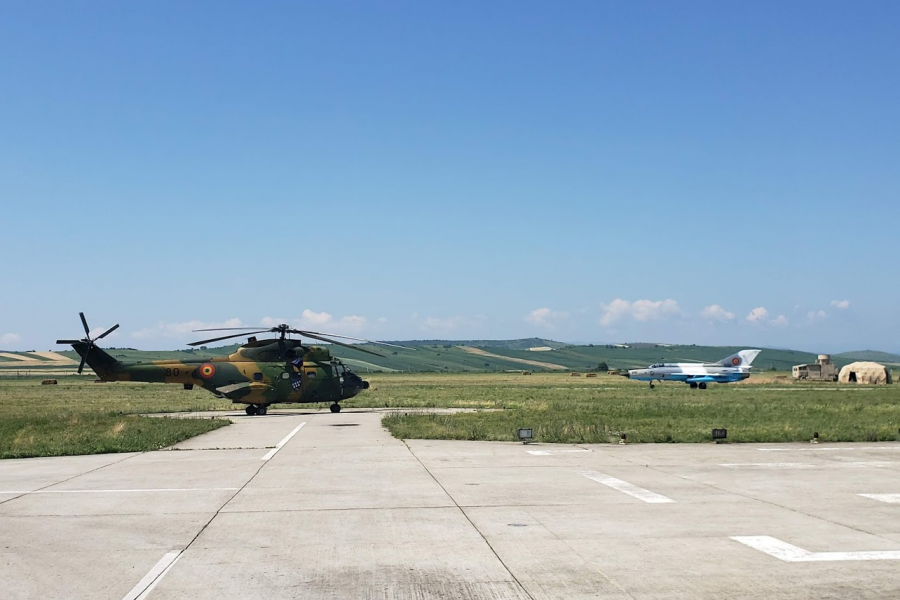 Air Force MQ-9s have a new permanent home in Romania.

U.S. Air Forces in Europe announced Jan. 4 that Reapers and about 90 Airmen are now based at Romanian Air Force Base 71 at Campia Turzii. The surveillance and attack drones are assigned to the 31st Expeditionary Operations Group, Detachment 1, under the 31st Fighter Wing at Aviano Air Base, Italy.

“The forward and ready positioning of our MQ-9s at this key strategic location reassures our allies and partners, while also sending a message to our adversaries that we can quickly respond to any emergent threat,” Gen. Jeffrey L. Harrigian, the United States Air Forces in Europe and Air Forces Africa commander, said in a release.

USAFE did not disclose the number of Reapers that will be assigned to the base, which houses a unit of Romanian Air Force MiG-21 fighter jets and helicopters. The Transylvanian base has long been the site for theater security package deployments of USAF fighters. Contractor-owned and contractor-operated MQ-9s from the 52nd Expeditionary Operations Group, Detachment 2, based at Miroslawiec Air Base, Poland, have repeatedly deployed to the base as well.

Air Force Magazine visited the base as it was preparing to bring in Reapers for the first time in 2019, and construction of new facilities for aircraft launch, recovery, and maintenance was underway. Under previous deployments to Campia Turzii, troops at the base would launch and retrieve the Reapers, while personnel at the Polish base controlled them in flight.

In January 2020, MQ-9s and Airmen deployed to the base to fly as part of exercise Dacian Reaper. During the exercise, Romanian Chief of Defense Lt. Gen. Daniel Petrescu said the deployment is “for the benefit of both our countries. The U.S. presence in Romania complements the allied forward presence in this part of the globe,” according to a release.

From Romania, the MQ-9s have a shorter flight to watch operations in the Balkans and the Black Sea in support of NATO operations. USAFE said the unit will also support agile combat employment concepts—the Air Force’s term for rapid deployment to areas without established military resources—and fly freedom-of-maneuver sorties.