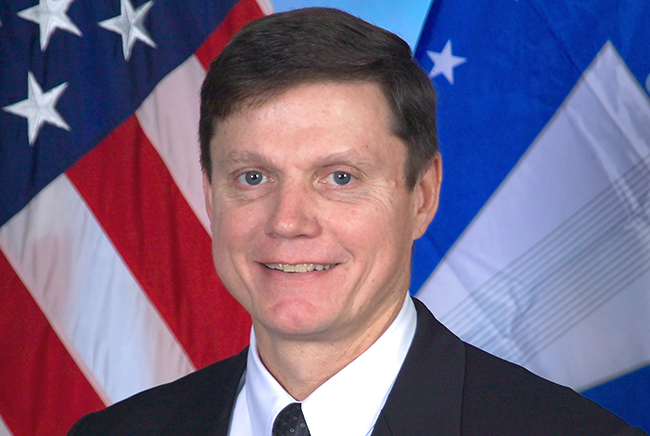 Williams retired from the Air Force in 2005 after 25 years in uniform. He flew the A-10, F-16, and F-111, and had flying and command assignments in Iraq, England, South Korea, and the United States. His last assignment as a USAF officer was as chief of the Information Operations Division for the North American Aerospace Defense Command and US Northern Command at Peterson AFB, Colo.

After retirement, Williams immediately went back to work for the Air Force, serving in a variety of SES positions, including as the director of the Global Innovation and Strategy Center for US Strategic Command at Offutt AFB, Neb. He was the deputy director of studies, analyses, and assessments for five years before being named director in October 2014.

“We’ll miss Kevin tremendously. He was a fellow warrior who led fighter units across the globe and was a bright mind bringing rigor and analysis to our Air Force. He was an athlete who continually challenged himself to be better, go further, and go faster. Most of all, Kevin was a friend with an unstoppable attitude who offered a warm smile to all he met,” Chief of Staff Gen. David Goldfein wrote in an email. “Personally and professionally, he made us a better Air Force. Kevin was fond of saying that he wanted to ‘chop more wood and leave a bigger wood pile than he found.’ Kevin crushed it. He left a legacy of being a wood cutter who made a lasting difference for 40 years, in and out of uniform.”

Williams was a recipient of the Defense Superior Service Medal with oak leaf cluster and the Legion of Merit, among others. He is survived by his wife, two children, and three grandchildren.