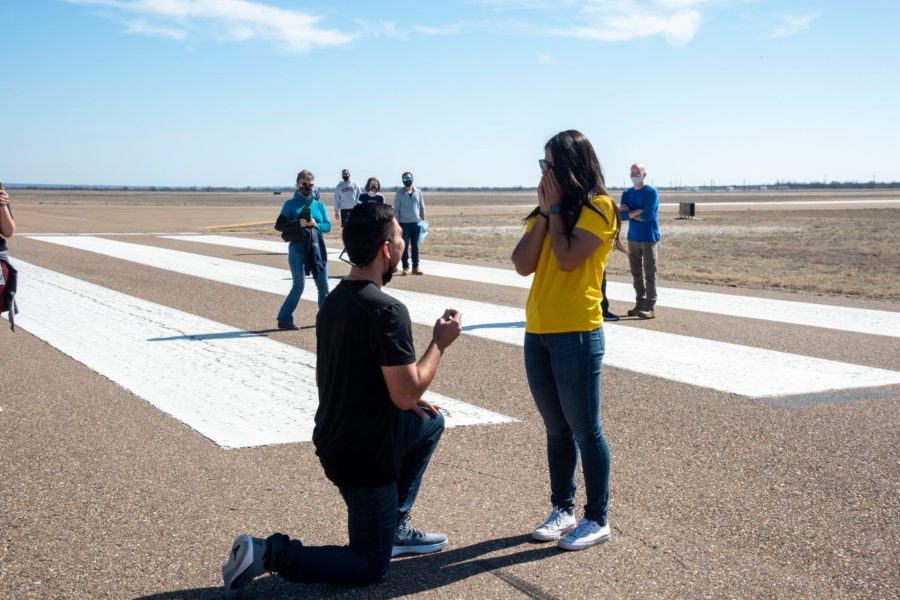 But during a recent safety-driven jaunt at Laughlin Air Force Base, Texas, two members of the 47th Civil Engineer Squadron decided to tie their futures together.

One of the photos depicts De La Cruz taking a knee in front of Sowden to pop the question as their squadron colleagues looked on from a pandemic-friendly distance.

The couple, who met at the base, have both been stationed at Laughlin for 3 years, the base wrote.

The two aren’t the first members of the USAF community to use an unorthodox, but AvGeek-worthy, setting as a romantic backdrop in the past year.