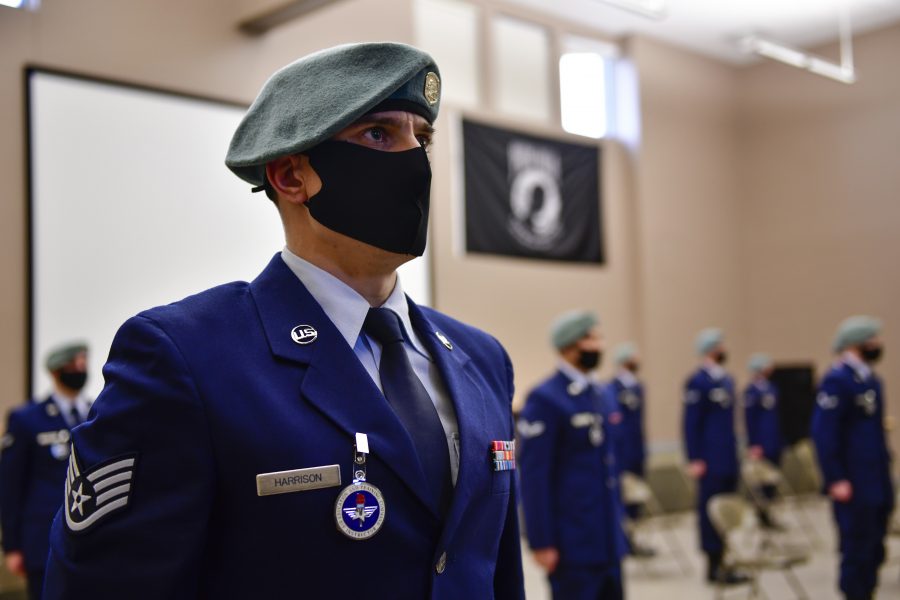 Twenty-six of 28 new SERE specialists graduated on Jan. 7, the highest-ever graduation rate. Of the two who didn’t make it, one dropped because of an injury and will retake the course. In the past, only about half the candidates completed the apprentice course, the longest of three parts in the six-month SERE trainer pipeline, said Col. Nicholas Dipoma, 336th Training Group commander.

The Air Force is the only U.S. military service that specifically trains personnel to teach aircrew or others how to survive in enemy territory, whether in an urban environments, mountainous terrain, or the freezing, barren Arctic. Yet at a time when potential conflict with Russia and China make such skills increasingly important, the SERE career field is only about 80 percent manned.

The field is “healthy enough to function,” Dipoma said, but historically high attrition rates are “unsustainable.”

“Over the next four years, if we don’t turn attrition and the pipeline around—while also maintaining the same high standards—the career field would be in a bad place,” Dipoma said. “Before this class, that trend line was going in the wrong direction.”

This much is now clear: Critical thinking and adaptability are key to success throughout the course, but each candidate will struggle in different areas, he said. To help candidates succeed, mentoring is now part of the curriculum.

“We have adopted a coaching and mentoring approach, instead of gatekeeping,” said Chief Master Sgt. Alexander Guerrero, 336th TRG command chief. That worked “20 or 30 years ago,” he added, but “Personalities have changed. Generations have changed. How you get across to individuals has changed.”

While one person may find the physical training too grueling to continue, another may find it difficult to prioritize the many tasks asked of students. Coaching can help candidates work their way through challenges.

“Almost every cadre member … has talked someone out of quitting training,” said Dipoma. That’s mentoring at work.

Conant said the cadre aims to be consistent in its messaging and to revisit markers for success throughout the training.

“It’s just a matter of time before a student has a bad day,” Conant said. “He’s gonna stumble, and [he’s] gonna fall. He’s gonna fail, and much like we give them a pat on the back when they succeed, you know when it’s the opposite, they need to look up and see a hand reaching down ready to pick them up and ready to remind them that this is not impossible.”