Skip to content
A 49th Fighter Squadron pilot conducts prepares to taxi in a T-38 Talon, Feb. 7, 2020, at Columbus Air Force Base, Mississippi. The pilot was a participant in exercise Southern Strike. A T-38 similar to this crashed Feb. 19 near Montgomery, Ala. Air Force Photo by Airman Davis Donaldson
Expand Photo 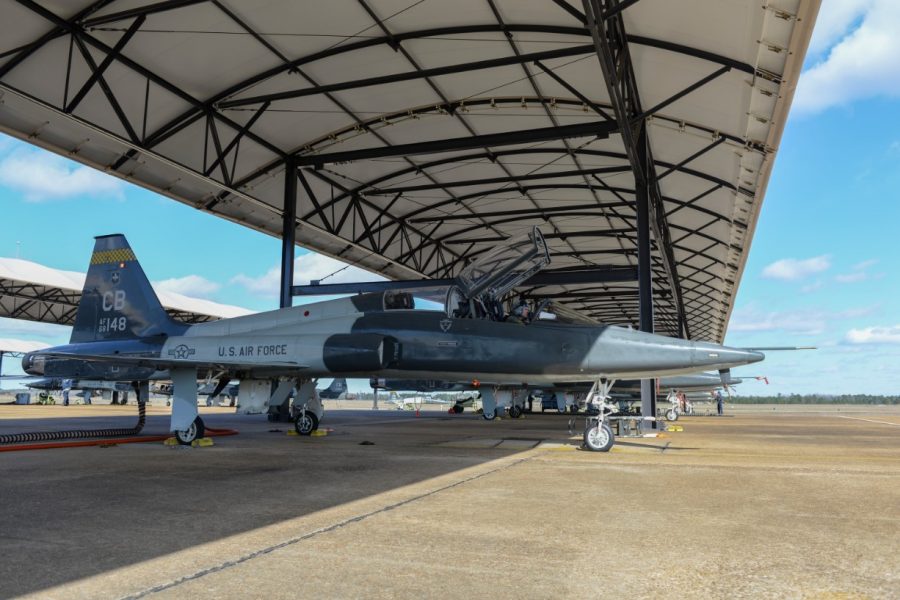 A USAF instructor pilot and Japan Air Self-Defense Force student pilot were killed when their T-38C crashed Feb. 19 at Dannelly Field near Montgomery, Ala.

The aircrew and aircraft are assigned to the 50th Flying Training Squadron at Columbus Air Force Base, Miss. Col. Seth Graham, commander of the 14th Flying Training Wing, said during a press conference the pilots were on the first leg of a two-leg, overnight training mission when the crash occurred.

The names of the aircrew have not been released. The USAF pilot was 25 years old, and the Japanese pilot was 24 years old, Graham said.

Following the crash, the 14th FTW stopped flying operations. The wing does not typically fly locally during the weekend, but flight operations off station, such as the multiple-leg missions, have been halted, Graham said.

“Please keep the families of these Airmen in your thoughts and prayers,” Graham said in a statement. “Losing teammates is unbelievably painful, but we will get through this together.”