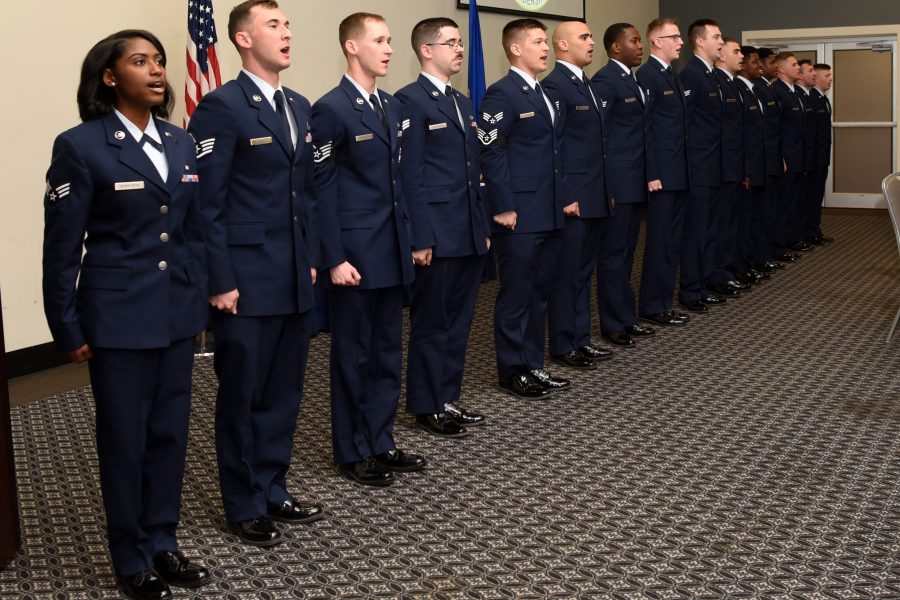 The Air Force finalized updates to its official song to be more inclusive, removing male-only references to reflect the “central role that women play” in the service.

USAF Chief of Staff Gen. David Goldfein announced the changes in late February, saying “we are a profession of arms, we do the nation’s business, and it has to reflect all of us and who we aspire to be.”

The service in March changed the third verse of the song, and on May 29 announced all male-only references have been changed. Goldfein, in a release, said the changes were made with “careful consideration” to ensure they are adding to, not subtracting from, the service.

“Changing the lyrics in no way diminishes the history and accomplishments of men or dilutes our eternal gratitude for their service and bravery,” he said in a release.

The full new lyrics are below, with updates in bold:

Off we go into the wild blue yonder,
Climbing high into the sun;
Here they come zooming to meet our thunder,
At ‘em now, Give ’em the gun!
Down we dive, spouting our flame from under,
Off with one helluva roar!
We live in fame or go down in flame. Hey!
Nothing’ll stop the U.S. Air Force!

Brilliant minds fashioned a crate of thunder,
Sent it high into the blue;
Valiant hands blasted the world asunder;
How they lived God only knew!
Boundless souls dreaming of skies to conquer
Gave us wings, ever to soar!
With scouts before and bombers galore. Hey!
Nothing’ll stop the U.S. Air Force!

Off we go into the wild sky yonder,
Keep the wings level and true;
If you’d live to be a grey-haired wonder
Keep the nose out of the blue!
Fly to fight, guarding the nation’s border,
We’ll be there, followed by more!
In echelon we carry on.
Oh, nothing’ll stop the U.S. Air Force!