Skip to content
The commercially successful 1-ton Silent Arrow GD-2000, shown here being deployed from a U.S. C-130, will be scaled down for humanitarian and tactical markets. Silent Arrow illustration.
Expand Photo 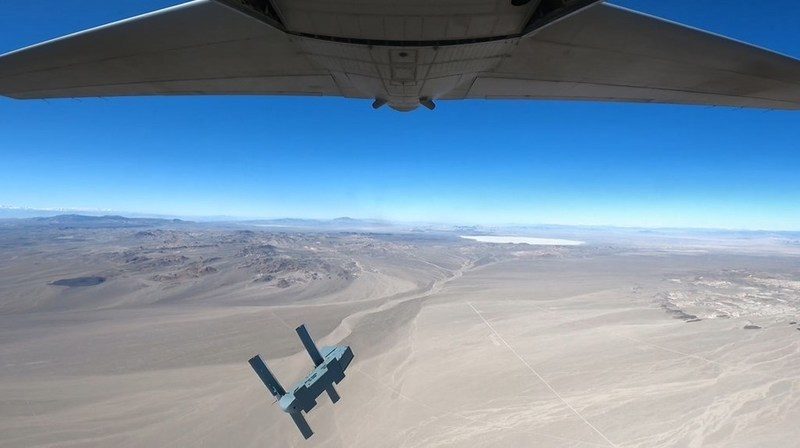 The company Silent Arrow will scale down its 1-ton cargo delivery drone to fulfill an order by the Air Force for 15 of the smaller vehicles, which will be redesigned under the new name Silent Arrow Precision Guided Bundle, or SA-PGB, the company announced Nov. 29.

The smaller vehicle will be based on Silent Arrow’s GD-2000—short for Glider, Disposable, 2,000 pounds—which is already “being delivered and operated to directly serve heavy-payload, autonomous cargo resupply needs throughout the world,” according to a Nov. 29 news release.

The Air Force awarded the company a Small Business Innovation Research Phase 2 contract on Nov. 12 for the work. The aim is for a vehicle that can be deployed at high altitudes and air speeds.

“The SA-PGB is specifically designed for side door and multi-unit (swarm) ramp deployment, compatible with a much-expanded fleet of delivery aircraft ranging from the civilian Cessna Caravan to the military C-17,” the company said. The smaller glider will be for “humanitarian and tactical markets,” it added.

The SA-PGB will be 39 inches long and a maximum weight of 500 pounds with a carrying capacity of 350 pounds. The company cited its existing spring-deployed wing design and 40-mile standoff distance in the release. Design and engineering will take place at Silent Arrow’s Irvine, Calif., headquarters with testing at the Pendleton UAS Test Range in Pendleton, Ore.

“We look forward to an exciting flight test program in 2022 and quickly getting this new capability into the hands of the warfighter and disaster relief organizations alike,” said Silent Arrow’s founder and CEO Chip Yates in the release.