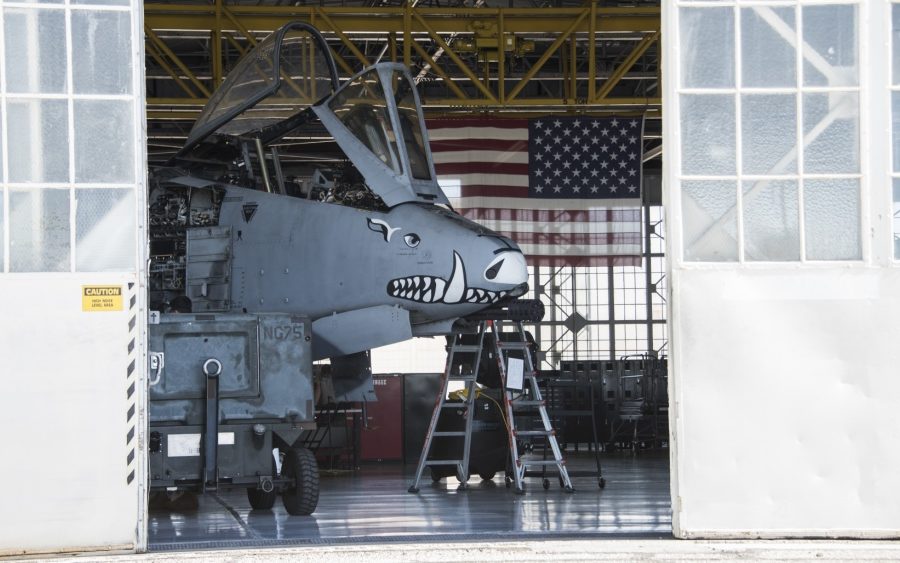 The Air Force is already suspending plans to send aircraft and personnel to Davis-Monthan Air Force Base, Ariz., after Congress signaled its intent to block the service from retiring A-10s.

The service announced June 30 that it intended to move A-10s and HH-60s to Davis-Monthan from Nellis Air Force Base, Nev., and create close air support and rescue “Centers of Excellence” at the Arizona base. The moves required approval from Congress to retire 42 A-10s, including 35 at Davis-Monthan, in fiscal 2022, but the Senate Armed Services Committee in its markup of the defense policy bill moved to block that reduction.

On July 23, just over four weeks after the initial announcement, the Air Force said it is placing the Centers of Excellence on hold as it awaits congressional action. The Air Force, in a press release, said it needs approval to retire the A-10 to “create the fiscal and manpower flexibility required to design and field the future force needed to meet combatant commander requirements.”

Air Combat Command boss Gen. Mark D. Kelly in an opinion piece published in Defense News said the service’s fighter fleet has gotten both smaller and older, noting that while the U.S. has punted modernization further down the field, adversaries have not.

“In the past three decades potential adversaries have dramatically upgraded their fleets and air defenses while these single-mission aircraft have become increasingly vulnerable to threats and prohibitively costly to fly and repair,” wrote Kelly.

He acknowledged that the transition from single- to multi-mission aircraft will be a challenge and will not happen overnight, but said the transition is critical if the U.S. hopes to compete in a high-end conflict.

“The only thing tougher than getting smaller and older is to then add in the wrong mix of capabilities. So the Fighter Roadmap ensures that we field a ‘combat relevant fleet’ that can compete and fight anytime, anywhere.

“To do this, we must manage our platforms, including the F-15C and A-10. ‘Right-sizing’ a fleet is not panicked divestiture. Modernization will keep many of these warhorses relevant for years to come: upgraded wings for 218 A-10s, F-15C structural repairs, F-15E and F-16 radar upgrades along with F-22 modernization to complement continued F-15EX and F-35 procurement, plus the development of the Next Generation Air Dominance family of systems critical to those highly contested environments we’ll need to compete in 2030 and beyond,” wrote Kelly.

Even though SASC’s markup of the fiscal 2022 National Defense Authorization Act added $25 billion to the Defense Department’s budget request, it also blocked the bulk of the divestments the Air Force proposed. The markup specified a $272 million increase to the Air Force’s operation and maintenance budget to restore the A-10s. The bill also calls for a report on close air support mission effectiveness.

Sen. Mark Kelly (D-Ariz.) said he secured the prohibition on retiring the A-10s, saying in a press release that the measure also includes a provision requiring the Air Force to maintain a high mission capable rate in the fleet.

Acting Air Force Secretary John P. Roth, in announcing the original plan, said the Arizona base would “play a critical role in reshaping U.S. air power as home to the Air Force’s close air support and rescue Centers of Excellence. This realignment will consolidate all A-10 and HH-60 test, training, and weapon school activity at one location, allowing Airmen in these mission areas to train together for future threats.”

The plan would move 14 A-10s and 21 HH-60s from Nellis to Davis-Monthan and close the 354th Fighter Squadron. The service wants to cut its A-10 fleet from 281 aircraft to 218, reducing its operational squadrons from nine to seven. The remaining A-10s would be upgraded with new wings.

Retiring the aircraft “frees up nearly a thousand Airmen, maintainers and operators, that we can then transition into future platforms, specifically the F-35,” said Lt. Gen. David S. Nahom, the deputy chief of staff of the Air Force for plans and programs, during a June 22 Senate Armed Services airland subcommittee hearing. “As we look at the F-35, we are having resource issues, mostly with manpower … We have to start replacing some platforms.”