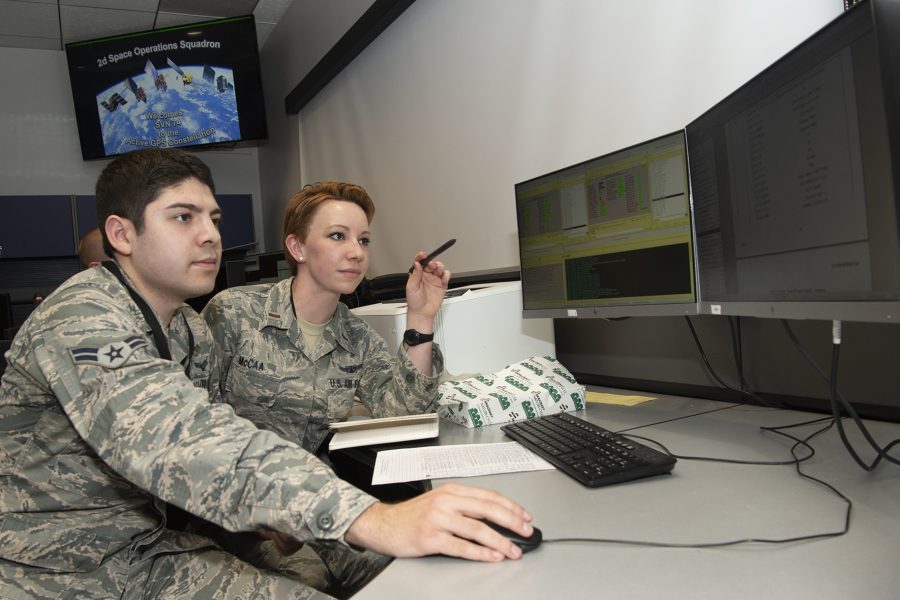 A space architecture enterprise summit in mid-February will bring together stakeholders such as the Space Development Agency, Air Force Space and Missile Systems Center, and the Space Rapid Capabilities Office to determine how each group fits into the DOD’s new military space vision, according to a top Air Force space adviser.

“The summit will bring together key organizations with architecture responsibilities to define a common lexicon, address architecture roles and responsibilities, and facilitate an integrated national security space architecture,” Shawn Barnes, acting assistant secretary of the Air Force for space acquisition and integration, said in a statement following a Jan. 24 meeting with reporters.

Barnes also said he expects the Pentagon in the next six months will lay out a single, department-wide plan for fielding and operating a network of space-based missile defense and warning systems.

That goal is one part of an overarching attempt to unify the Defense Department’s various space acquisition organizations and ensure all are pursuing communications, defensive, surveillance, and other technologies that work together and aren’t duplicative.

The Air Force has already started reviewing the work underway at the SDA, SMC, and Space RCO to determine what efforts should stay, what should go, and what can overlap with other programs. A new assistant secretary for space acquisition and integration, the space-focused counterpart to Air Force acquisition boss Will Roper, would oversee that division of responsibility across the three organizations.

SDA Director Derek Tournear has also said his agency’s mission is to oversee DOD-wide space architecture investments across the Pentagon, though that directive could evolve as the agency moves under the Space Force in the next few years and as space acquisition matures.

“There may be areas where we want developmental overlap, competition, or alternative approaches between and among acquisition centers—but we should do this in a purposeful manner,” Barnes said in the statement. “We must avoid inadvertent redundancy in our capability development and we must assure we make [the] best use of our people, our time, and the taxpayers’ dollars.”

The military hasn’t yet announced a nominee for the assistant secretary position. That official would chair a new Space Force Acquisition Council, created in the 2020 defense policy bill enacted last month. Council members also include the undersecretary of the Air Force, an assistant defense secretary for space policy, the National Reconnaissance Office director, the Space Force’s chief of space operations, and the head of US Space Command.

Barnes said he intends to gather the group in February “to review a charter and provide an initial look at an alternative acquisition system for space.”

This article has been updated to reflect Shawn Barnes’s correct title.