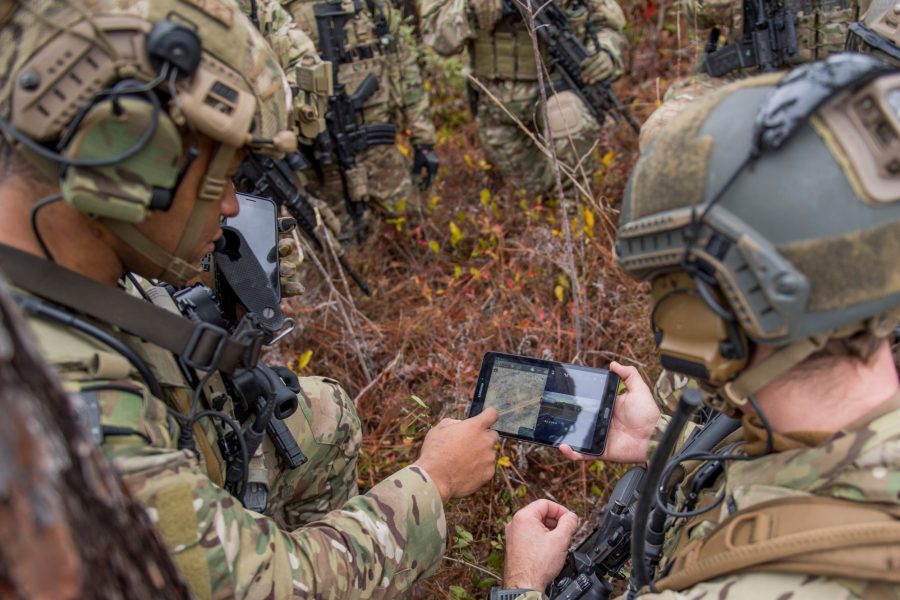 The Air Force recently kicked off its exercise and development of joint, all-domain command and control and is expecting the initiative to start in earnest with $185 million in funding.

From Dec. 16-18, the service for the first time trained with its new Advanced Battle Management System at Eglin AFB, Fla. The system, which began as the service’s planned replacement for the E-8C Joint STARS aircraft and has progressed into an operating concept, focuses on cloud-based technology to fuse sensors, combat aircraft, ships, and personnel on the ground.

For the first exercise, the scenario was a cruise missile threat to the homeland. Optionally manned QF-16 targeting drones simulated the missile, and were detected by space and ground sensors. This information was relayed to the USS Thomas Hudner, an Arleigh Burke-class destroyer in the Gulf of Mexico, along with two USAF F-35s, two Navy F-35s, two F-22s, an Army High Mobility Artillery Rocket System, and special operations forces on the ground. In a command cell, senior leaders watched the real-time data.

US Northern Command developed the scenario for the first event to test how ABMS can help protect the homeland.

“Peer competitors are rapidly advancing their capabilities, seeking to hold our homeland at risk,” NORTHCOM boss USAF Gen. Terrence O’Shaughnessy said in a release. “Working across all of the services and with industry toward solutions to complex problems ensures we meet defense challenges as well as maintain our strategic advantage in an increasingly competitive global environment.”

The service expects the initial $185 million in funding to grow in future years and is planning more of the exercises at an expected schedule of one every four months.

Preston Dunlap, the service’s architect overseeing ABMS, told Air Force Magazine recently that a different combatant command will oversee each exercise with a scenario representing different threats they face. The next is scheduled for March, and the hosting COCOM has not been announced.

“Our four-month ‘connect-a-thon’ cycle unlocks industry’s ability to iterate with testers, acquirer, and warfighters,” Will Roper, the service’s assistant secretary for acquisition, said in the release. “For example, the insights from connecting the F-22 and F-35 for the first time will help our industry partners take the next leap.”