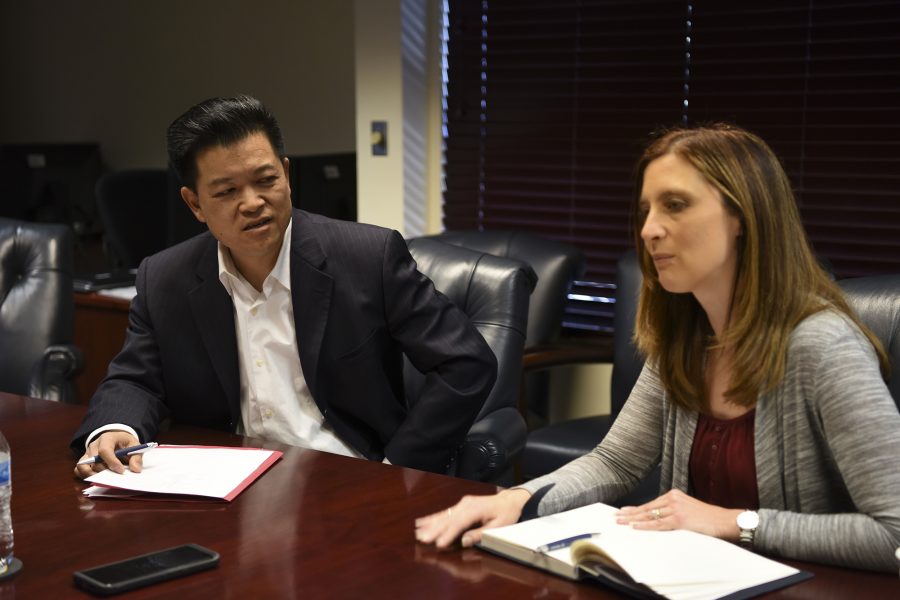 The Air Force’s science advisers in 2020 will launch three studies on future communications, innovation in space, and the unintended consequences of using autonomous systems, the results of which will shape the service’s research investments.

Service Secretary Barbara Barrett tasked the Air Force Scientific Advisory Board with those deep dives in the fall. The panel of around 60 members, appointed by the Defense Secretary, will formally kick off the research at its winter meeting, scheduled for Jan. 13-16 in California.

The first study, “Air Force Communications in the Future Operating Environment,” is a wide-ranging look at command and control, fifth-generation wireless networks, satellite constellations, cyber, and other threats.

“Air Force operations require a robust communications architecture for essentially all mission functions, including passing tactical data between heterogeneous airborne platforms, collecting and disseminating high bandwidth data from distributed [surfaces], air- and space-based sensors, and supporting joint all-domain command-and-control operations,” the board said in a Nov. 14 memo. “Current Air Force communications capabilities are challenged in performing these functions in relatively permissive environments, and will be even further challenged in highly contested environments.”

Commercial creations and government investments could help overcome the data quality and security issues the Air Force will face as it tries to pass information back and forth without being intercepted or jammed.

The board plans to recommend communications technologies the Air Force should pursue, possible experiments and demonstrations, and a strategy for putting those tools in place. That input will shape how the service moves forward with its plan to connect sensors and attack capabilities in new ways, now known as joint all-domain command and control, to wage combat faster and with a more complete picture of the battlespace.

Another major technology push—the rise of autonomous aircraft, computer systems, and more—is getting a closer look. As the Air Force pursues ideas like “wingman” drones that can partner with fighter jets, smaller unmanned aircraft that can collaborate in combat, and software that can analyze data to plot the next steps of an air campaign, the service’s science advisers caution there’s more to learn about how autonomy works.

They pointed to lessons learned from self-driving cars and autonomous airport luggage handling. The more information an autonomous system takes in to make decisions, the less predictable it could become—not to mention the possibility of cyberattacks, the board said.

“Establishing certifiable trust in such highly adaptable autonomous systems is essential for enabling their use,” the board wrote. “While some existing approaches may be useful for decreasing the likelihood of unintended behaviors in autonomous systems, the current ability to prevent such behaviors is limited.”

AFSAB did not provide any information on its “Innovative Space Applications” study, which comes as the Pentagon plans to boost investment in space assets and matures its new Space Force.

The Air Force and SAB Chairman James Chow did not respond to requests for comment on the 2020 studies. Interim briefings with Air Force officials take place in July, and final reports are due out in December.