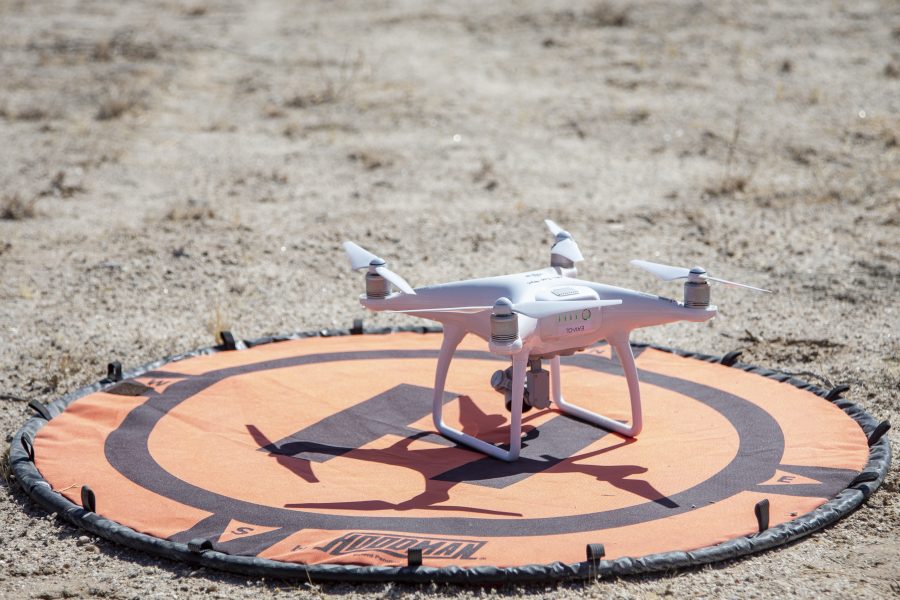 The Air Force is in the market for upgrades to its counter-drone technologies, according to an Oct. 16 request for information posted on a federal contracting website.

The service is in the early stages of deploying lasers, microwaves, and other weapons more advanced than a shotgun to deal with potentially threatening drones loitering around bases. In particular, the RFI is looking for ideas to fend off the smallest unmanned aerial systems like quadcopters.

“These threats may have characteristics such as small size, low radar cross-sections, low infrared or radio frequency signatures (or no RF signatures), ability to hover, and low-altitude flight capability, which may render them difficult to detect and/or defeat,” the Air Force stated. “These UAS are typically either controlled remotely from a ground control station or capable of flying pre-planned routes.”

Cheap aircraft can be turned into battlefield weapons when modified to drop hand grenades, and they can spy on military installations or heavily damage jets if sucked into an engine. American military officials have warned for years that small drones pose a pervasive threat to troops in the Middle East.

Over the next year, the Air Force wants to pursue updates to counter-drone command-and-control, radar, and electronic warfare systems related to directed-energy weapons. It’s soliciting concepts in 12 areas from lethality to crunching weather data. Responses are due Nov. 17.

For instance, the service suggests automating the process of targeting, tracking, and shooting at an incoming drone instead of relying as heavily on a human operator.

“At a minimum, the ideal configuration is for [a high-energy laser] system to have its beam director/optics automate all steps between acquisition, tracking, aimpoint selection, and only requires a human to interact with it through final approval to fire from operator/battle commander,” the RFI said.

The service also considers being able to compile and send reports with the details of drone threats and conflicts to other units, which could give the military a better understanding of an enemy in a particular area.

Pentagon researchers are looking into several different counter-UAS system designs spanning the weapons themselves to the subsystems that point and shoot them. The Air Force is currently testing high-powered lasers and microwaves overseas while it takes less-destructive approaches—like using gun-fired nets to trap quadcopters—in the continental U.S.