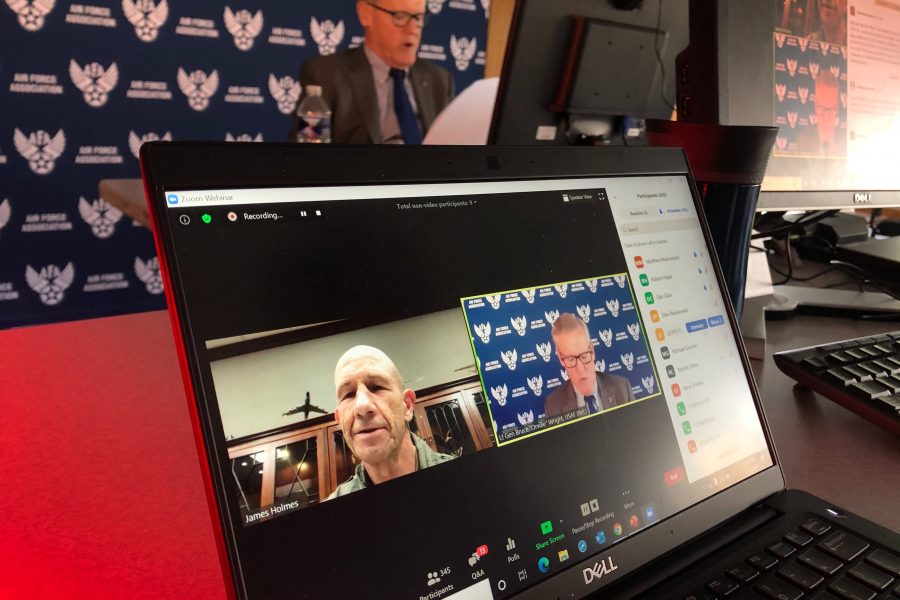 Air Combat Command is preparing to consolidate its fighter, rescue, and command-and-control enterprises under a new numbered air force that will help military leaders wield those forces more effectively.

The Air Force will bring its Ninth and 12th Air Forces under one roof as the 15th Air Force the week of Aug. 17, ACC Commander Gen. James M. “Mike” Holmes said during an Aug. 14 Air Force Association event.

The two organizations encompass several types of aircraft, from fighter jets to strike drones to surveillance planes and search-and-rescue helicopters. Consolidation can help train, upgrade, and develop tactics for those forces more holistically. Then, U.S. Southern Command and U.S. Central Command can call on those aircraft for operations as more collaborative, integrated teams.

The move is part of a broader ACC effort to rethink how forces can be more effective in combat. Last year, ACC similarly merged its intelligence, surveillance, reconnaissance, cyber, weather, and other units into the “information warfare”-focused 16th Air Force.

It’s one of Holmes’s last initiatives as he retires at the end of the month. He is leaving after more than three years at the helm of Air Combat Command.

Since March 2017, the four-star general overseeing the bulk of the Air Force’s combat assets and personnel has tried to create a more forward-thinking force that is ready to compete with advanced militaries like those of Russia and China, while adapting to digital-era combat and fending off the Islamic State group.

Reorganizing has been one way of giving lower-level commanders more freedom to do what’s best for their Airmen and to be more creative, which Holmes says is evident in how the Air Force handled Hurricane Michael when it slammed Tyndall Air Force Base, Fla., in 2018 and the ongoing coronavirus pandemic.

“I’m happy with this refocus in Air Combat Command on pushing authority, responsibility, and decision down and allowing our people to have autonomy, mastery, and purpose in what they do,” he said.

The coronavirus pandemic has hindered ACC’s push to ready its units for a potential new conflict. The command split Airmen into “blue” and “silver” teams so that people would be exposed to fewer people on a regular basis, and training lost its momentum.

Building readiness happens more slowly when young Airmen need to spend more time building their expertise, and when busier-than-expected combat operations take aircraft away from maintenance and upgrades. Still, Holmes said ACC is about as ready to respond to a crisis as it was before COVID-19.

“We have to produce more pilots and navigators and special mission aviators and air battle managers and all the people that operate in the air across Air Combat Command, because every year we don’t produce them is another year that there’s a hole, and we won’t have enough,” he added. “It’s going to be a challenging couple of years.”

He also argues the Air Force has to be ready to sacrifice some of its older platforms to make way for more advanced technology, even if it means changing the way things have always been done. Congress should try not to hinder that process—because of parochial concerns or otherwise—by blocking the retirement of systems whose time is up, he added.

“Both on the fighter side and our ISR flight plan, on what’s the future of the mix between space and cyber and manned and publicly available information and unmanned aircraft, to bring them the intelligence, surveillance, and reconnaissance tools that we need going forward, there are some decisions that need to be made there that the next [ACC commander] will get to help make,” Holmes said.

Those decisions could be choosing to ditch certain platforms, or giving the go-ahead to develop new ones.

Lt. Gen. Mark D. Kelly, who will earn his fourth star as he takes over ACC, must also help the organization tackle racist and sexist policies and attitudes. Those efforts are front and center after George Floyd’s death at the hands of police in Minneapolis in May sparked conversations about race and discrimination across the military.

“If I was going to stick around longer, I would really love to be more a part of these efforts to help us reach closer to our ideal of being a place where we can take people from anywhere in our country, from any racial background, from any economic background, and give them an equal opportunity to work hard and move out and become the best person they can be,” Holmes said. “We’ve made great strides, but I think talking to our Airmen over these last six months with a fresh impetus to do that … I can’t escape the fact that we still have a ways to go, and I would love to have the opportunity to keep working on that.”