Skip to content
A1C Rathour is the first Sikh Airman to receive religious accommodation, and may grow his beard and wear his turban while in uniform. Rathour graduated Security Forces technical training on Sept. 26, 2019. USAF photo by Alexander Goad.
Expand Photo 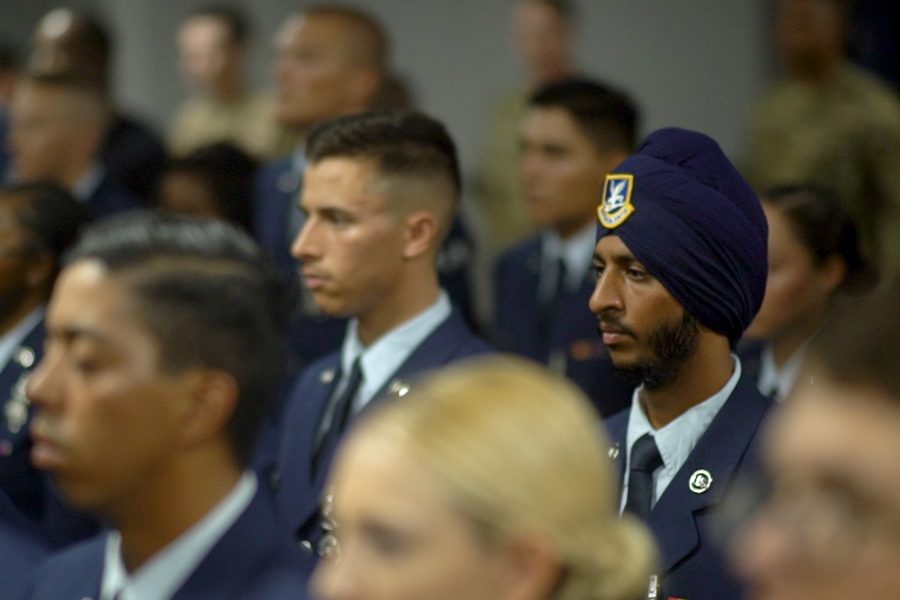 The new AFI formally allows requests for waivers, and for “neat and conservative” beards that present a professional appearance.

Under the new process, a commander has up to 30 days to approve an Airman’s request for a waiver, and that the accommodation will generally follow the Airman through his or her career. The AFI allows the Air Force to deny a request for a waiver only if it “furthers a compelling government interest.”

Groups such as the Sikh American Legal Defense and Education Fund, the Sikh Coalition, and the Council on American-Islamic Relations announced their support for the decision, with CAIR saying Feb. 12 it is a “step toward religious accommodation and inclusion for military personnel of all faiths.”

“No Sikh American should have to choose between their religious beliefs and their career ambitions,” Giselle Klapper, a Sikh Coalition staff attorney, said in a release. “Sikhs have served honorably and capably in the U.S. Armed Forces and other militaries around the world, and while we are eager for a blanket proclamation that all observant Sikh Americans can serve in every branch of the military without seeking accommodations, this policy clarification is a great step forward towards ensuring equality of opportunity and religious freedom in the Air Force.”