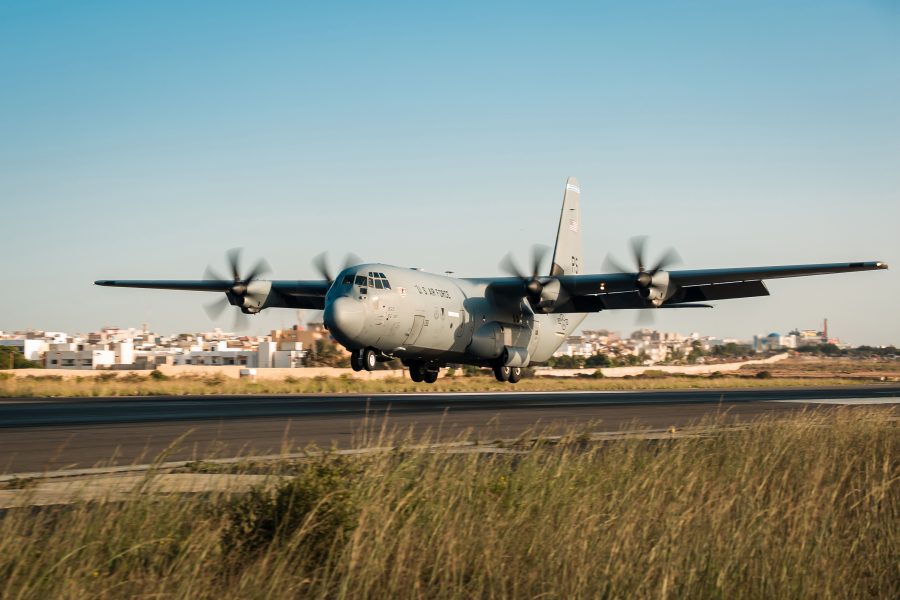 “The Air Force evaluated all C-130J candidate locations against objective criteria based on mission requirements,” a Department of the Air Force release stated. “The preferred alternatives were the highest scoring locations based on that criteria.”

The new tails will replace the selected wings’ time-worn C-130Hs.

The West Virginia Air National Guard’s 130th Airlift Wing, which is based out of McLaughlin Air National Guard Base in Charleston, will tentatively host eight of the aircraft, WVANG spokesperson Maj. Holli R. Nelson told Air Force Magazine in a Nov. 25 email.

The wing’s “modern infrastructure” means that it wouldn’t need military construction funds to cover the cost of parking, operating, and maintaining the new tails. “Replacing the current C-130H planes with the modernized C-130Js will help grow opportunities within our state, and continue to foster positive relationships that enhance training partnerships between the West Virginia National Guard and military units from throughout the country,” Sen. Shelley Moore Capito (R-W.V.) said in the release.

“The selection is a reflection of the wing’s culture of excellence and strong operational impact to both overseas contingencies and homeland domestic operations,” said Kentucky National Guard Assistant Adjutant General for Air Brig. Gen. Jeffrey L. Wilkinson in a Nov. 25 release. “The 123rd Airlift Wing was selected because we will make the most impactful use of this capability for the Guard and the United States Air Force.”

“We are indebted to Congresswoman [Kay] Granger for her tireless pursuit of this new airframe for Texas and the nation,” said Wing Commander Col. Keith Williams in a Nov. 25 statement provided to Air Force Magazine, adding that the new airframe “will carry the Citizen Airmen of the 136th to great heights, and be a great asset to ensure our nation’s security for decades to come.”

Finally, the Georgia Air National Guard’s 165th Airlift Wing, which is based out of Savannah Air National Guard Base at Savannah/Hilton Head International Airport, also made the preferred basing list, though the Department of the Air Force noted it’ll only get the tails “if they become available in the future.”

“This is extremely exciting news for Savannah’s Airmen and the entire coastal community,” said Republican Sen. David Perdue in a Nov. 24 release. “We’ve made it a top priority to modernize and upgrade military equipment in order to preserve our competitive advantage around the world, and the 165th Airlift Wing is a critical component of that effort.”

Smith argued that Congressional deliberations still may decide that four C-130J sites aren’t needed, that the choice of four locations breaks with the Air Force’s previously briefed plan to pick three sites, and that the timing of the decision amid the state’s Senate runoff elections “raises questions about” Barrett’s motivations in choosing Savannah as a preferred basing location.

“The Air Force did not need to make this decision now—plain and simple—and should delay moving forward with these basing actions until conference negotiations have concluded and the decision is not at risk of being politicized,” Smith wrote. “If the Air Force plods ahead, the service runs the risk of undermining the strategic basing process and may force Congress to take action to protect the basing process from being used to potentially influence congressional action or election outcomes.”

The C-130J is a more cost-effective model and requires less manpower than its predecessors, the Department of the Air Force release stated. It also requires less space to take-off and land, travels longer distances “at a higher cruise speed,” and ascends “faster and higher” than older models, it noted.