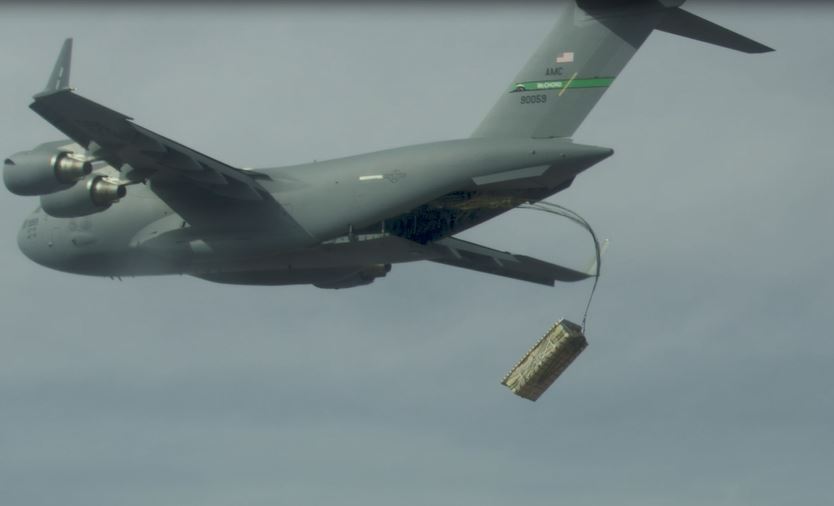 The contract, awarded in August and announced this week by the company, includes a demonstration in 2021 to assess the ability of C-130s and C-17s to deliver air-launched weapons, such as Joint Air-to-Surface Standoff Missiles. The Air Force already has tested the capability on a special operations MC-130 and a C-17 during the Advanced Battle Management System “on-ramp” demonstration in early September.

The roll-on capability, which does not require any hardware changes to aircraft, can fit on any C-130 that carries palletized cargo.

“The ability to use the same airlifters to deploy missiles without modification provides the flexibility that could save billions in platform modification costs and also provides a new capability to get a large number of airborne assets into the theater,” said Scott Callaway, director of Lockheed’s Advanced Strike Systems.

The Air Force Research Laboratory and the Strategic Development Planning and Experimentation offices have shown interest in developing the capability “as soon as possible,” he said. The effort is in addition to a Strategic Capabilities Office “EnMasse” program that, instead of using existing aircraft, is looking for a separate “arsenal plane” to deliver stand-off weapons, he said.

Air Mobility Command boss Gen. Jacqueline D. Van Ovost has highlighted the palletized munition capability as a major initiative for the command, saying last month that it is a way for mobility forces to contribute more to a fight in “non-traditional ways.”

“We have very capable C-17s that are around the world at any one time,” she said during AFA’s virtual Air, Space & Cyber Conference. “Our ability to flex to use this airplane in multiple ways is what really brings this richness to operations.”

Van Ovost said the command has not yet looked “at the full concept,” but she emphasized that weaponized mobility platforms are “not taking the place of any of the Global Strike capabilities.”

“This is just the capability we want to have, should we need it, and if we pull it into an [operations] plan, that’s great,” she said.