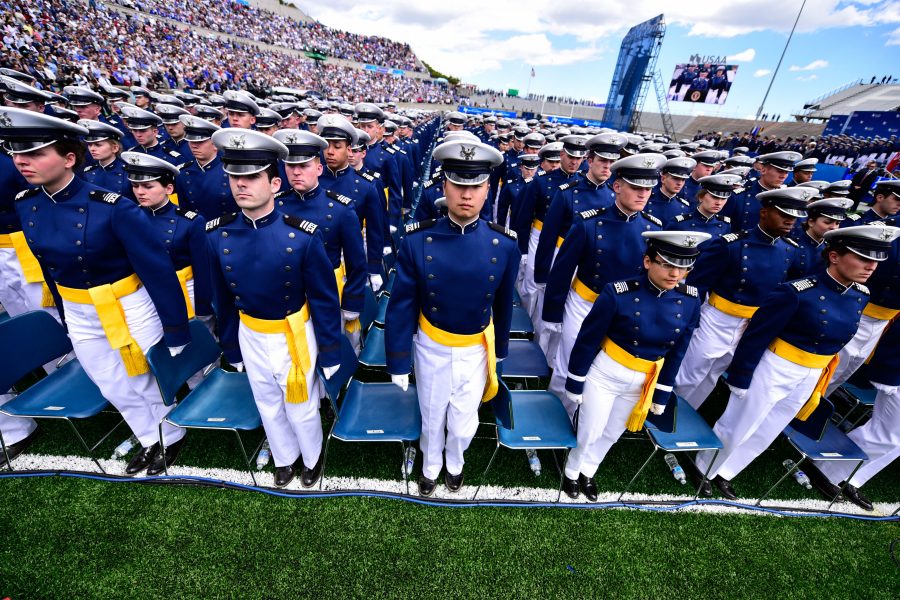 USAFA Class of ’20 to Graduate Early

The Air Force will graduate the U.S. Air Force Academy class of 2020 on April 18, more than a month ahead of schedule, and loosen restrictions on the senior class, which has been on virtual lockdown because of the COVID-19 pandemic.

Academy Superintendent Lt. Gen. Jay Silveria addressed the cadets March 31 and later shared his comments via email. “When the class of 2020 entered USAFA we were a nation at war,” he wrote. “You have all signed up to serve in a time of war—to make a difference. We still battle terrorism and extremism around the world, but today we are at war with another enemy, a global pandemic, and that fight is unconventional. … We must make unconventional decisions and take what some would consider extreme measures. We must make bold choices, and we will.”

He then announced that after consulting with the Air Force Secretary and Chief of Staff, “I have made the decision to graduate the class of 2020 early.”

The class of 2020 will receive their diplomas in a ceremony designed by cadets on April 18. “It will not be the traditional graduation ceremony you have imagined for years,” Silveria said, “but it can be one of a kind and unique … like the class of 2020.”

The decision followed two deaths among the class in just three days. The Air Force is not disclosing the causes while both are under investigation, but suicide is suspected. Neither foul play nor COVID-19 are believed to be the cause in either case. Secretary Barbara Barrett, Air Force Chief of Staff Gen. David Goldfein, and Chief of Space Operations Gen. Jay Raymond visited the Academy on March 30 to speak with students and staff.

Silveria asked cadets for “volunteers to help develop legit and usable suicide awareness training that you can use.”

Goldfein said April 1 the decision to accelerate graduation grew out of that visit. After listening to the concerns of cadets, air officer commanders, and faculty, leaders decided a change was needed quickly. “Out of that came the conclusion that the right thing to do is to get them through graduation, get them out as brand-new second lieutenants doing the nation’s business,” Goldfein said.

Silveria followed later with a second email detailing changes to the severe restrictions imposed on “Firsties,” or the first-class cadets who are the only Academy students still on campus.

After the deaths, students, faculty, and staff shared extensive conversations, with many offering ideas for changes to improve life for the class. Silveria outlined what changes are now taking effect in a second email sent late March 31.