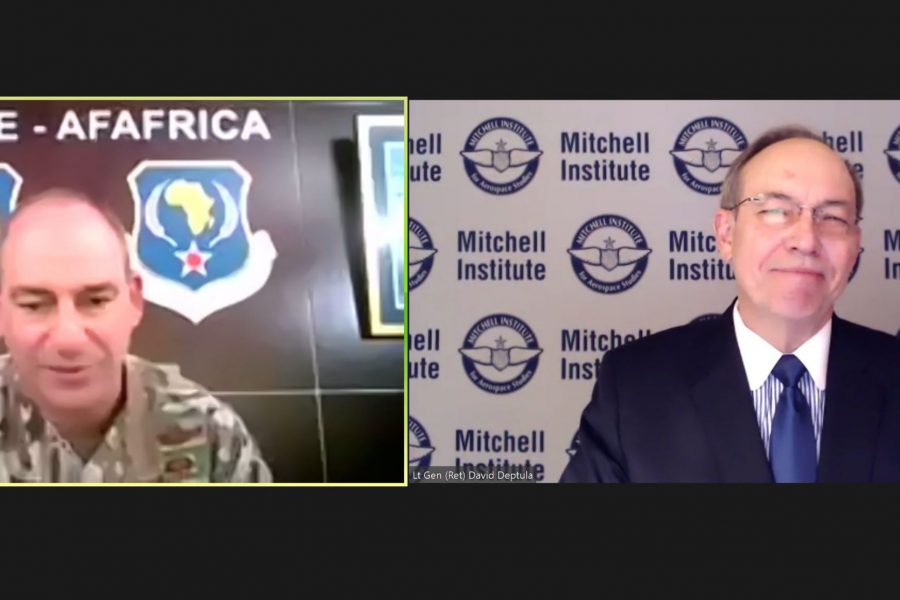 Speaking at a virtual June 29 Mitchell Institute for Aerospace Studies event, Harrigian said his goal with ABMS is to use “layered ISR capabilities” to “refine our timelines, to take data from different sensors, and provide those to shooters that would be available to us.”

The Air Force is planning a series of experiments, each hosted by different commands. During the first exercise, which was hosted by U.S. Northern command in December, the service used cloud-based technology to bring together ISR, combat aircraft, ships, and personnel on the ground. ABMS is the service’s planned method of replacing its E-8C Joint STARS aircraft with new technology and methods to bring together data.

The second exercise, which was originally scheduled for April at Nellis Air Force Base, Nev., was set to rely largely on space-based assets. This event has been delayed because of the new coronavirus outbreak, and is expected to take place in the fall. Harrigian said USAFE will attend the next exercise, and “we hope to be able to garner some of those software applications that we could leverage in either our ops center or from a reach-back capability that would facilitate the speed that we’re talking about when we work the sensor-to-shooter problem.” This includes DeviceONE, which connects to classified networks and Air Force cloud storage from outside a traditional SCIF.

Another experiment is scheduled for December, and focused on U.S. Indo-Pacific Command.

For Europe’s turn, Harrigian said he wants allies to participate because practice with other countries on future capabilities is needed to be able to operate in the real-world.

“It is critical to us that we’re able to do that,” he said. “We are working through who, and what that might mean, and at this point I don’t have that locked down yet.”

“Those types of capabilities must contribute to what we’re providing in the toolkit for the warfighter, so that they can have some skin in the game with respect to what ABMS and JADC2’s going to bring. Because, at the end of the day, we’ve got to be able to operate at speed. We’ve got to be able to make decisions in a manner that allows us to quickly maintain our advantage over the adversary, and allow us again to maintain that air superiority.”