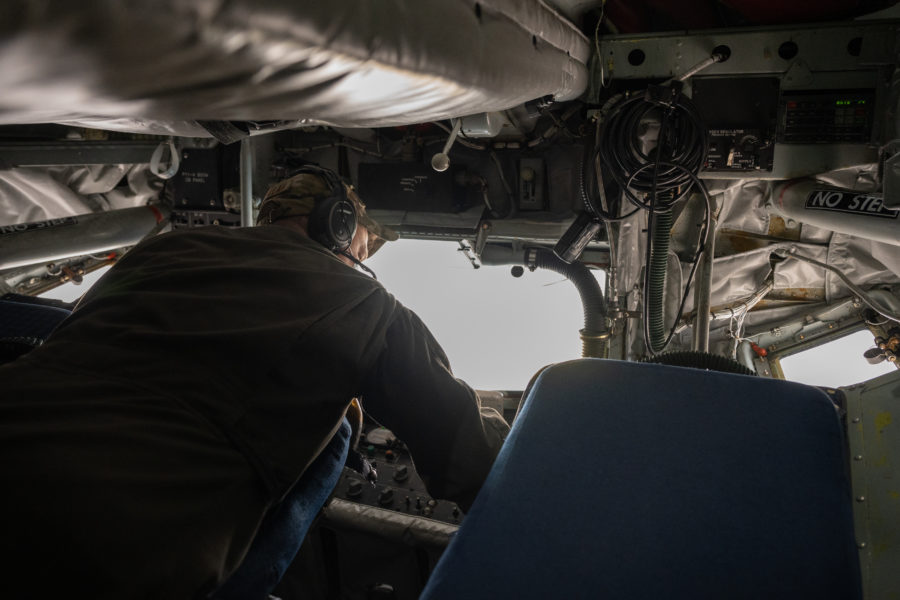 U.S. Air Forces in Europe recently began a new operation to bring additional aerial refueling capacity to its area of operations, while alleviating stress on its only permanent tanker unit.

Operation Copper Arrow 2021 started earlier this month when a rotation of Airmen and a KC-135 from the Kansas Air National Guard’s 190th Air Refueling Wing flew out of Ramstein Air Base, Germany, and refueled a NATO E-3A Sentry. The operation will bring in Air National Guard and Air Force Reserve Command tankers to USAFE, to fly out of Ramstein and provide more refueling capacity.

“Tankers are a highly tasked mission,” said Maj. Shay Dickey, 116th Air Refueling Squadron chief of current operations and scheduling and Copper Arrow detachment commander, in a release. “A lot of people need the training. They need the air refueling to either extend the mission or for pilot and crew proficiency.”

The 100th Air Refueling Wing at RAF Mildenhall, England, is USAFE’s only tanker unit, and is highly tasked within the AOR. Operation Copper Arrow uses funds from USAFE-AFAFRICA’s Request for Forces and the European Deterrence Initiative to bring in volunteer ANG and AFRC crews, the release states. The operation combines Operation Atlantic Resolve missions from NATO Air Base Geilenkirchen, Germany, and RAF Mildenhall into one that is overseen by USAFE’s Tanker Operations, according to the command.

“From a Guard perspective, it’s an opportunity for crews to operate in the European theater for an extended period of time,” Dickey said in the release. “The operating area here is pretty busy, so our younger crews can get some of that experience working in a new region, and it really broadens our horizons for future work in the European theater.”

While the first rotation includes KC-135s from Kansas, USAFE is expected to host more Stratotankers, along with KC-10s and KC-46s for the first time. The 101st Air Refueling Wing of the Maine Air National Guard also will participate in the operation.

“I appreciate all the crews; the 190th, the 101st (Air Refueling Wing, Maine ANG) that are coming out, and the Guard and Reserve crews that help get this mission going,” said Lt. Col. William Silence, the 130th Operations Support Squadron and 603rd Air Operations Center A34 Copper Arrow project officer, in the release. “It’s a fun mission, but it’s still time away from their family, time away from home, and they are providing that increased capacity.”