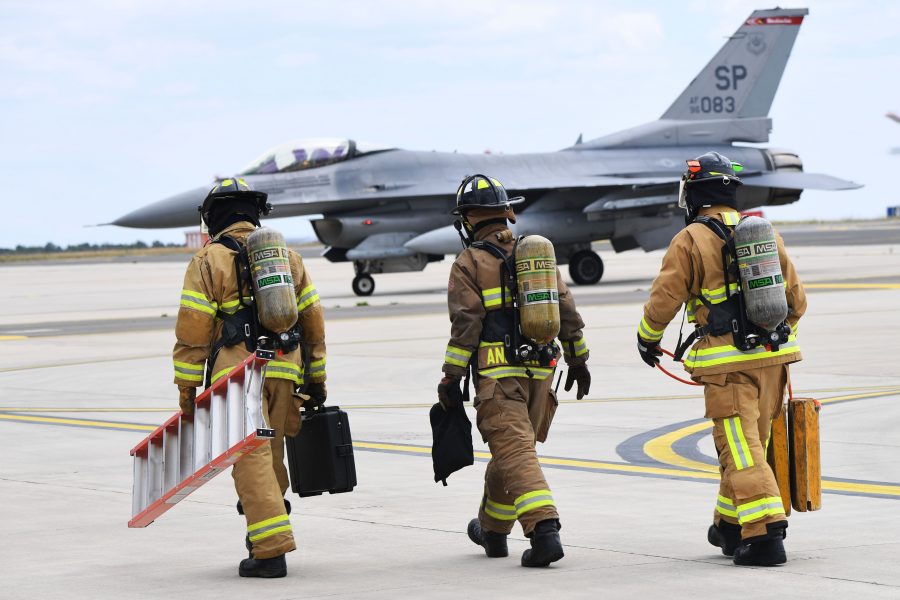 About two months after the Pentagon announced the plan to pull thousands of troops from Germany, including the F-16 presence at Spangdahlem Air Base, the head of U.S. Air Forces in Europe said the move is still in the planning stages, with the goal to avoid mitigating current operations.

The Pentagon and U.S. European Command on July 29 announced the military would move 11,900 personnel out of Germany, including moving the 52nd Fighter Wing F-16s to Aviano Air Base, Italy, and would cancel the planned move of KC-135s and a special operations wing from RAF Mildenhall, U.K., to Spangdahlem. USAFE boss Gen. Jeffrey L. Harrigian said his command “has a fair amount of work in front of us” to understand the details of the move to Aviano, and to ensure the infrastructure is ready to take in the jets.

Aviano already has two F-16 squadrons, along with two rescue squadrons, and USAFE needs to determine how to work the new squadron in to the operational plans there and how they can operate in a new region that doesn’t have the same amount of space or range access that Spangdahlem has.

“From a fighter perspective, there’s some synergies to be gained from that,” Harrigian said. “I think we’re going to have to balance that with location and how we would operate. But that’s all part of the analysis that we’re working through right now. I think importantly, as we work through this though, we want to make sure that we’ve got the appropriate facts understood, we want to make sure that we remain closely aligned with our host nation partners, keep them informed, remain transparent about all this and acknowledge the fact that this is gonna take some time.”

Additionally, USAFE and local leaders want to make the move in a way that minimizes the impacts to the Airmen and their families who will have to move.

The 100th Refueling Wing and the 352nd Special Operations Wing had long been tapped to move from Mildenhall to Spangdahlem, but Harrigian said that analysis and input from other “stakeholders” showed that it “made sense” to keep the wings at their current home, “particularly given the great support that we get there, and the infrastructure that we already have and invested in, and the fact that we know as we work through the dynamics of an [area of operations] that’s consistently changing that we needed to retain some of the flexibility with a diversity of bases across Europe.”