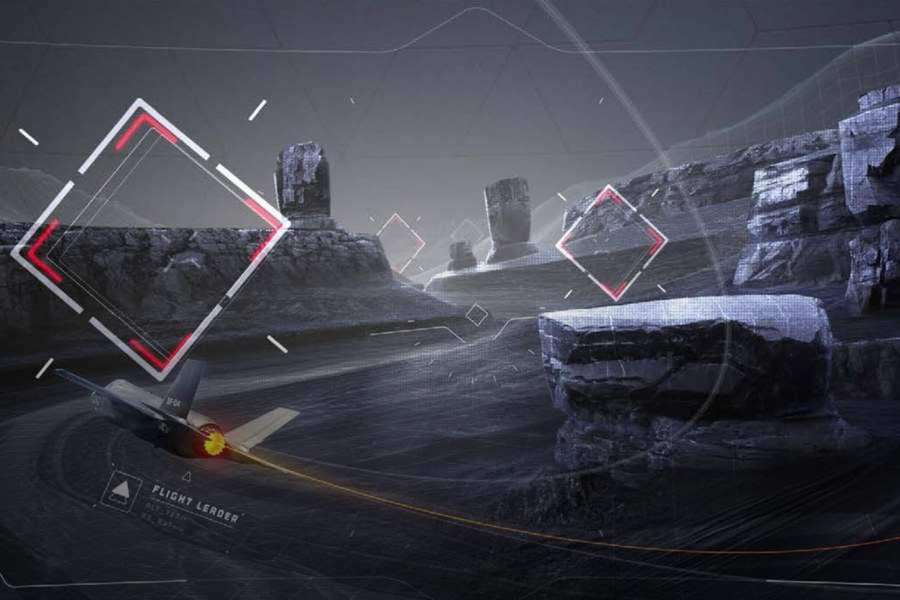 The Air Force’s new marketing vehicles are hitting the road. Or track, as the case may be.

The two new “experiential” recruiting exhibits are meant to leave more of an impression on prospective Air Force recruits than a TV commercial.

The new mobile exhibits build on the popularity of the Air Force Performance Lab, a 53-foot trailer that started touring in 2015, appearing at about 250 events a year such as festivals and air shows. Visitors have flown in a virtual-reality flight simulator, competed at pullups against and avatar, and tested their dexterity, situational awareness, logic, reasoning, and physical strength by tracking their performance with radio-frequency identification wristbands.

“Experiential marketing allows us to showcase the brand in a more engaging, interactive way,” said Adrienne Strange, account director at the Air Force’s Austin, Texas-based ad agency GSD&M, in a press release. “TV ads are short, and people are distracted today,” she said. The trailers, on the other hand, engage recruit prospects for an average of 22 minutes per activity. The agency collects leads at the events for recruiters to follow up on.

New for 2021 are the trailer exhibits Activate: Special Warfare, which debuted in April, and Enhanced Cognitive Human Ops, or ECHO. In the special-ops game, players are deployed Air Force Special Warfare troops in a firefight. They experience blasts of air, temperature changes, and movement in the environment in addition to visuals from VR headsets. Craftsmen Industries of Charles, Missouri, has built the trailers in-house, printed graphics and all.

Also debuting this spring are the silver, red, and gold cars being driven by NASCAR’s Richard Petty Motorsports and IndyCar’s Ed Carpenter Racing. The paint scheme is inspired by the Black aviators’ P-51 Mustangs in World War II.

“The red tails, yellow stripes, and star emblem aren’t just a visual cue but a reminder [that] great things can happen when we celebrate our differences,” according to an Air Force news release. “It’s more than just a paint scheme; it’s an incredible opportunity to educate millions on the history behind the Red Tails.” Part of the Army Air Corps prior to the creation of the Air Force, the Alabama-based Tuskegee Airmen included pilots, navigators, maintainers, bombardiers, instructors, and support staff.

The Air Force announced April 20 that the paint scheme would first appear in NASCAR’s 2021 Geico 500 at Talladega Superspeedway in Florida in April and its IndyCar premier at the Indianapolis 500 on May 30.

The Air Force wants to better tailor its recruitment marketing to underrepresented populations.