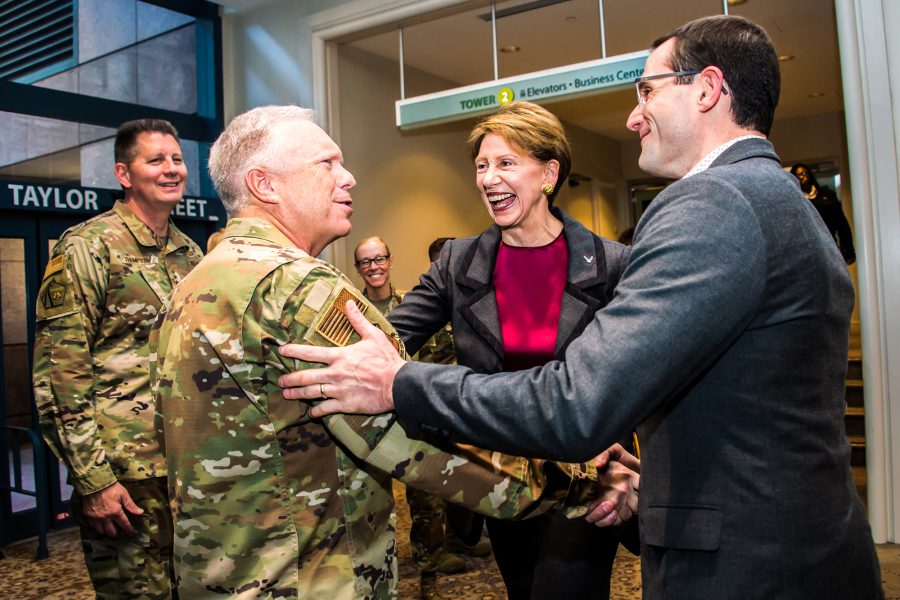 SIMI VALLEY, Calif. — The Air Force has a “war room” of space experts that have been preparing for the go ahead from lawmakers, which could come as early as Dec. 11, to create the new Space Force.

Air Force Secretary Barbara Barrett said these experts have been “putting together designs and plans” to establish the service with the resources the Pentagon will receive, adding “this is a serious business. We’ve got to get this done.”

Multiple key lawmakers said they expect the floor vote on the fiscal 2020 National Defense Authorization Act soon, and the conference language that has been agreed upon will include direction to create the Space Force.

Barrett, along with other lawmakers, said the new service needs to focus on being the driving force behind increased space capability.

“We need capability. We need assets in space, not a vast bureaucracy,” Barrett said. “We don’t need duplicate acquisition programs.”

Air Force Chief of Staff Gen. David Goldfein, also speaking at the forum, said the push to create the separate service is coming at the right time, when the US military needs better awareness in space to counter China’s increasing presence. While Russia remains a major threat, its economy is in decline. China, however, is a “pacing threat,” capable of using its stronger economy to bolster its military presence and influence in the region and in space, he said.

The US military has three simultaneous lines of effort to change how it operates in space, Goldfein said.

“The US is the best in space,” Barrett said, “but the trajectory is changing.”

To be able to successfully accomplish its goals in space, the Pentagon needs to improve how it can inform the public about its operations and plans. A part of this could be reducing the amount of information about space operations that is classified, Barrett said.

While the Pentagon needs to be careful about what it opens to the public, there is much more data that is classified than there needs to be, she said. For example, most of the public uses data from space assets immediately after waking up every day, but not many understand that. “There isn’t a constituency for space,” she said.

“Our way of life is more dependent upon space than any other nation,” Barrett said. “It is important for America to get on the case of space. And we have got to be able to deter derogatory action in space, and if deterrence doesn’t work, we need to be prepared to be something other than a victim with our space assets.”

The creation of the Space Force will be the second major change for the Pentagon in its space-focused infrastructure, following the reactivation of US Space Command earlier this year.

Barrett said Dec. 7 the service still has not decided on a base for the command’s headquarters. The Air Force is taking its time in the selection process to avoid potential legal challenges so it can progress quickly once picked, she said.