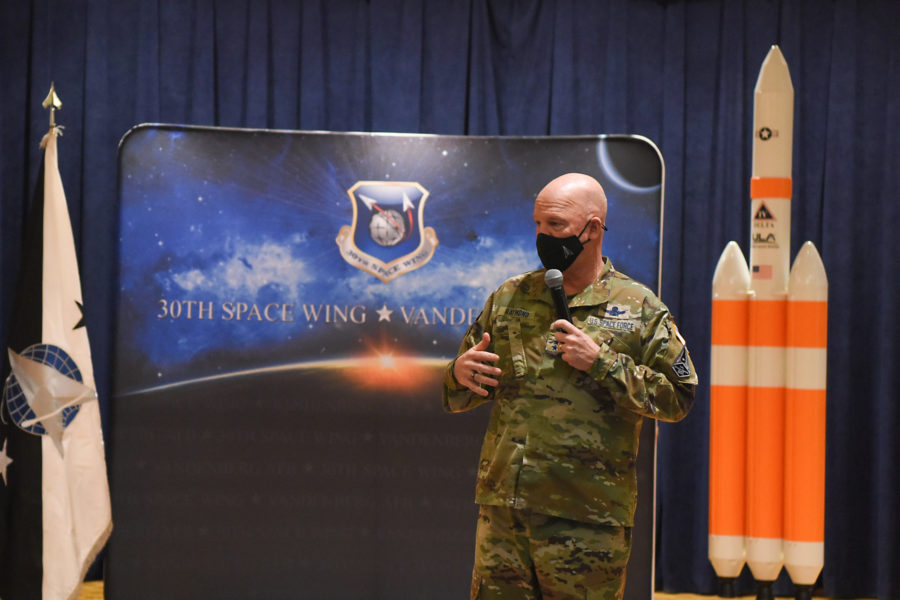 The Space Force’s new Space Systems Command will oversee the new service’s acquisition and launch services under one command, with the soon-to-be-former Space and Missile Systems Center serving as its headquarters.

The overall goal of the organization is to acquire and launch space systems more quickly. The SSC will work directly with the Air Force Research Laboratory and other groups like the Rapid Capabilities Office.

“We have to go fast,” Chief of Space Operations Gen. John W. “Jay” Raymond said during an April 8 press conference. “It is a national imperative that we go fast.”

Under the new design, SSC will be commanded by a three-star general with a two-star deputy who will serve as the “assured access to space leader” overseeing the launch enterprise. Once officially stood up, more units from the Air Force and personnel from other services will re-designate to part of the SSC. There will not be any geographic moves of units as part of the establishment, and current SMC boss Lt. Gen. John F. Thompson said the change is intended to be resource neutral.

The announcement comes about a year and a half after SMC redesigned itself into SMC 2.0 with the goal of acquiring space systems faster. There are about 6,000 personnel in SMC now, and once the launch bases are realigned under SSC, the command will grow to between 10,000-11,000, Thompson said.