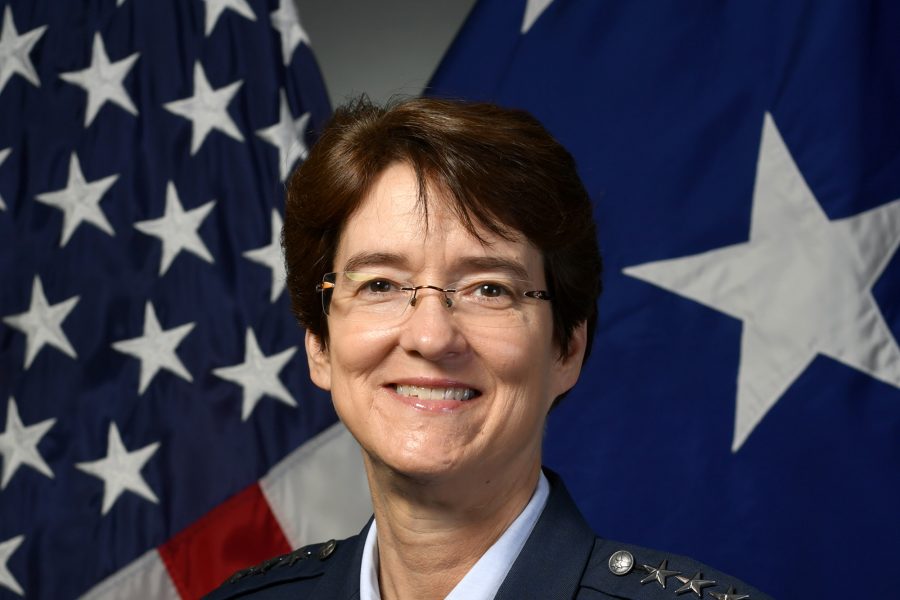 Van Ovost Tapped to be Air Mobility Command’s No. 2

Lt. Gen. Jacqueline Van Ovost has been nominated to be the second in command at Air Mobility Command, the Pentagon announced Feb. 6.

Van Ovost, currently the director of staff at headquarters Air Force, will take over for Lt. Gen. Jon Thomas if confirmed. She is a command pilot with more than 4,200 hours in several aircraft, and spent some of the early part of her career as a test pilot.

Before the Air Staff, Van Ovost served as the special assistant to the vice chief of staff, and the vice director of the Joint Staff at the Pentagon. She last served in Air Mobility Command as the commander of the 89th Airlift Wing at Joint Base Andrews, Maryland, from 2010-2012. At AMC, she will serve as deputy to commander Gen. Maryanne Miller.

The Pentagon has not announced Thomas’s next position.

Also on Feb. 6, the Pentagon announced the following assignments: