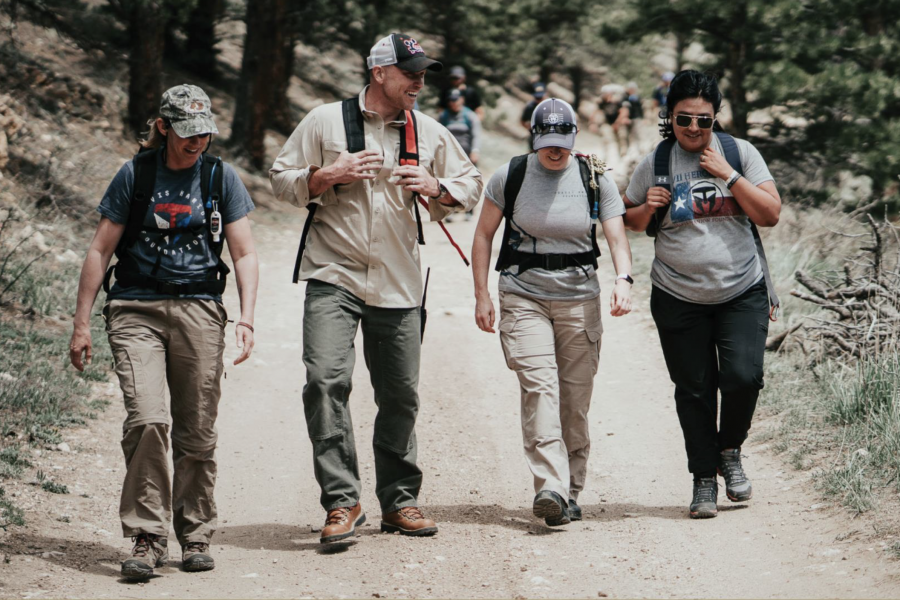 A leader from one veteran-serving nonprofit hopes the group’s employment of positive psychology to promote mental health among veterans and the families of fallen service members can help inspire its broader use to fight suicide—and not just among former U.S. troops.

Each year, the Travis Manion Foundation—a nonprofit organization whose website says it creates “programs, training opportunities, and events designed to empower veterans and families of the fallen”—works with Syracuse University’s Institute for Veterans and Military Families to assemble a survey-based report entitled “Assessing Positive Mental and Physical Health Outcomes for Veterans.”

While the survey examines how the foundation’s efforts helped its program participants (who include vets, relatives of deceased service members, and civilians) thrive, Marine Corps veteran and Travis Manion Foundation Chief Operating Officer Joshua Jabin says the 2020 report’s insights can be applied to suicide prevention efforts outside of TMF, for veterans and civilians alike.

The foundation’s programming is rooted in positive psychology, a field that examines “the attributes and characteristics that lead individuals and communities to improve their well-being and thrive,” the report explains. This improvement happens when individuals can pinpoint the things that make their lives feel meaningful and purposeful, “develop and deepen relationships; and fully engage in activities in an effort to capture and communicate impact,” it continues.

Jabin characterizes TMF’s approach to mental health as “more of a preventative measure” aimed at ensuring that former Active-duty troops “have a new mission and a new way of having that purpose in their life and have a new community and that new sense of identity” once they transition into civilian life.

While the foundation has been using this strategy for years, Jabin said it’s largely been a break from the norm in the veterans-serving sector.

“The veteran space had focused very exclusively on the clinicians and the crisis hotlines,” he noted.

But while he acknowledged the importance of clinical and interventional approaches to mental health, he said there’s also a need for resources to help individuals “who are not yet in crisis” from going down that path.

The need for these proactive tools doesn’t negate the need for more traditional mental health support, he noted.

“Their importance doesn’t change at all,” he said.

Jabin credited the White House PREVENTS (President’s Roadmap to Empower Veterans and End a National Tragedy of Suicide) Task Force, on which he serves as a representative of TMF, with validating the foundation’s approach to fostering personal resilience among its program participants.

“Their message is that they understand the benefit of a Travis Manion Foundation, and these other community organizations that are out there every day, providing that sense of community, providing that sense of purpose,” he said. “And they’re the ones who have validated that these are the important factors for maintaining mental health and avoiding some of the problems that could come down the road.”

He also applauded the task force for acknowledging that suicide isn’t solely a problem for veterans—since “anybody that goes through trauma will come out with some post-traumatic stress”—and for including plans for a public health campaign that includes educating people on things like risk factors, signs that someone might be struggling, and ways to help them before crisis hits.

President Donald Trump created the task force via a March 2019 executive order, and unveiled the “The President’s Roadmap to Empower Veterans and End a National Tragedy of Suicide” document earlier this month.