Skip to content
Frank Kendall, nominated by President Joe Biden to be Secretary of the Air Force, testifies during his confirmation hearing in front of the Senate Armed Services Committee on May 25, 2021. Screenshot photo.
Expand Photo 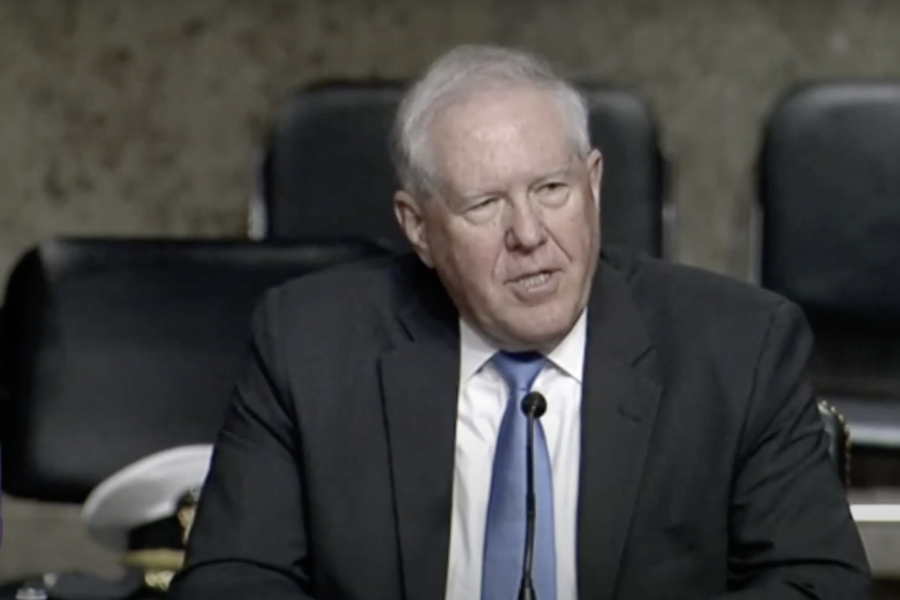 Air Force Secretary nominee Frank Kendall is one step closer to clearing a major procedural hurdle after agreeing to extend his industry recusal from two years to four years at the behest of Massachusetts Democratic Sen. Elizabeth Warren.

Kendall’s May 25 nomination has been on hold for weeks due to holds by Warren, Michigan Democratic Sen. Gary Peters, and Utah Republican Sen. Mike Lee.

With Congress’s August recess approaching, the potential for an even longer delay in Kendall’s nomination was feared by many defense watchers eager to get the longtime industry and acquisitions expert on board at the Pentagon.

Also held up was undersecretary of defense for research and engineering nominee Heidi Schyu, and Defense News reported July 13 that “multiple senators” have placed holds on a dozen Pentagon nominees, including Kendall and Schyu.

“Senator Warren lifted her holds on defense nominees Kendall and Shyu after they each agreed to her requests for them to extend their ethics agreements/industry recusals from two years to four years,” an aide familiar with the hold informed Air Force Magazine.

The two agreed to avoid seeking a waiver to their ethics agreements, consistent with a commitment Warren pressed Defense Secretary Lloyd J. Austin III to make at his nomination hearing.

In addition to the nominated candidates, the ethics crusader has proposed two bills to tighten oversight and root out potential conflicts of interest between defense companies and the Pentagon.

Warren’s DOD ethics and anti-corruption act would prohibit big defense contractors from hiring former senior DOD officials for four years after they leave government, while an aide called her anti-corruption and public integrity act “the most ambitious anti-corruption legislation since Watergate.”

Peters’s hold on the Kendall nomination relates to the awarding of an F-35 international training center to Arkansas’s Ebbing Air National Guard Base instead of Michigan’s Selfridge Air National Guard Base. Lee, meanwhile, declines to confirm or deny that he has a hold in place. A Senate aide confirmed the three holds to Air Force Magazine.

The offices of senators Peters and Lee did not immediately respond to a request for comment. In the absence of a permanent Air Force secretary, acting secretary John P. Roth is the second-longest-serving temporary leader in the position at over 170 days.