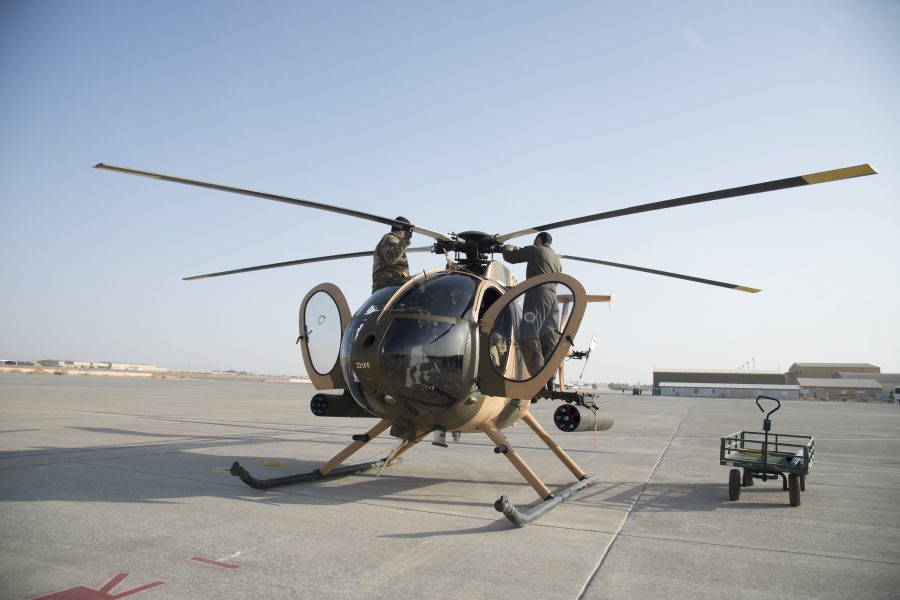 The Afghan Air Force lost 12 available aircraft in the first quarter of 2020—an 8 percent drop of its flying fleet—and the service decreased its flying hours by a quarter, according to a new watchdog report.

The Special Inspector General for Afghanistan Reconstruction, in its quarterly report released April 30, states that the USAF-led Train, Advise, Assist Command-Air mission reported a drop of 12 available Afghan Air Force aircraft in the beginning of this year, including six Russian-made Mi-17s that “expired” or were damaged, plus a new MD-530 attack helicopter lost in combat. As of the end of March, the AAF has 154 total available aircraft.

So far this year, the AAF is flying 26 percent less than last year due to the reduction-in-violence period with the Taliban that led to a decrease in strike missions, along with winter weather impeding flight operations and restrictions related to the new coronavirus outbreak. To limit COVID-19 exposure, the AAF is only flying combat sorties, temporarily pausing training sorties, according to the report.

The reduction is not just in the air. SIGAR reported that Afghan Special Security Forces, as of March 31, had conducted 528 ground operations, 36 percent fewer than the same period last year. More than half of the ASSF ground operations were conducted independently, without any U.S. or coalition support, according to the report.

There still is a high level of violence in the country, as U.S. and Taliban negotiators have developed a framework to end the war. The specific level of violence, however, is being kept hidden, though the report calls it “unacceptable.”

SIGAR, in the report, said the U.S.-led Resolute Support mission has restricted from public release its data on all enemy-initiated attacks for the first time since it began providing it in 2018. The mission, in a statement, said the Taliban has “refrained from attacks against coalition forces; however, they increased attacks against ANDSF to levels above seasonal norms.” Restricting the data is part of “deliberative interagency discussions regarding ongoing political negotiations between the U.S. and the Taliban,” the command said.

Pentagon spokesman Jonathan Hoffman said May 1 the department is “not pleased with the level of violence in Afghanistan” and the U.S. will continue to conduct retaliatory strikes, if required.