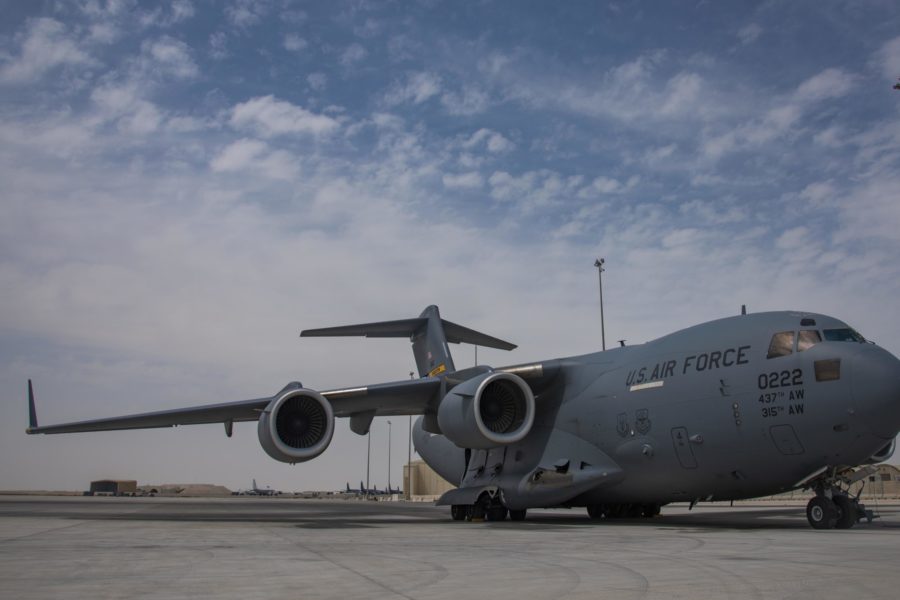 C-17 is a heavy-lift, strategic transport capable of direct tactical delivery of all classes of military cargo.

It is the U.S. military’s core airlift asset, capable of operating on small, austere airfields (3,500 ft by 90 ft) previously limited to C-130s. It is the only aircraft able to directly deliver or airdrop outsize cargo into a tactical environment and it is the first military transport to feature full digital, fly-by-wire control. Boeing delivered the 223rd and final USAF aircraft on Sept. 12, 2013, and the final international aircraft on Nov. 29, 2015. Block 16 avionics and weather radar mods were completed in 2015. Block 20 upgrades included some 60 programs to bring early production aircraft to a common configuration, and Block 21 including Mode 5 IFF and airspace compliance were completed fleetwide in 2020.

Van Ovost: Time to Invest in Next Generation of Tankers, Airlifters

The Air Force in Africa