Skip to content
A US Air Force E-4B National Airborne Operations Center aircraft takes off from Offutt AFB, Neb., July 10, 2019. The E-4B is protected against the effects of an electromagnetic pulse and has an electrical system designed to support advanced electronics and a wide variety of communications equipment. Air Force photo by SSgt. Jacob Skovo. 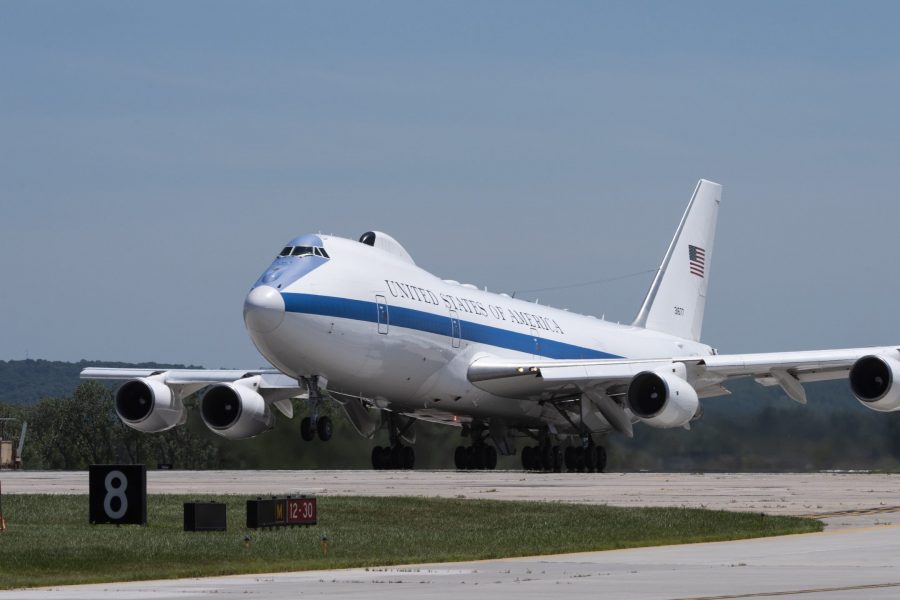 It is hardened against the effects of nuclear detonations, including electromagnetic pulse (EMP). Comms and data processing capabilities include EHF Milstar satcom, six-channel International Maritime Satellite, and a triband radome houses the SHF communications antenna. USAF plans to replace the E-4B with the Survivable Airborne Operations Center (SAOC) and issued a request to industry for development of up to four, potentially used, but similarly sized commercial-derivative airframes in December 2020. Changes to acquisition strategy delayed initial solicitations, but the service aims to issue a development contract by late 2021.


More articles about the E-4 NAOC