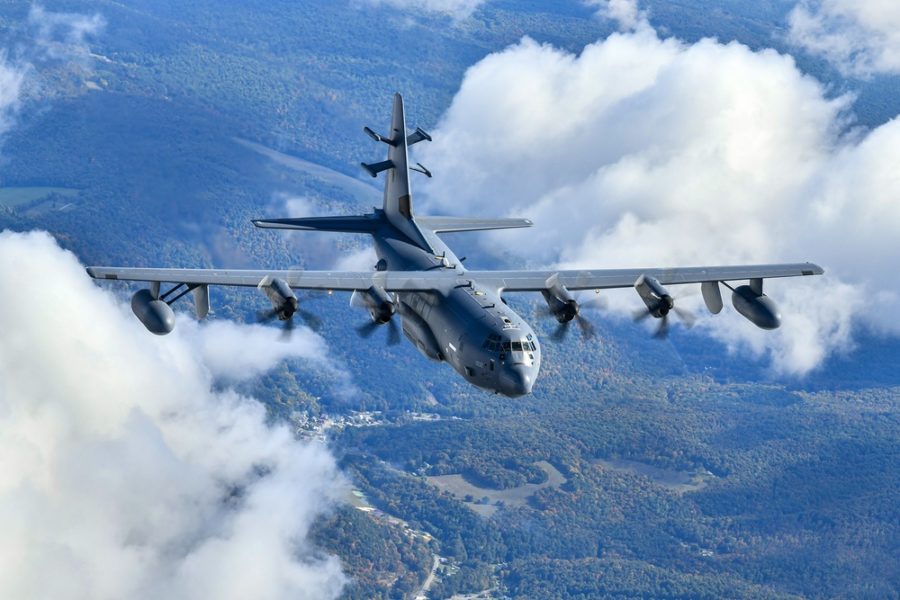 Roles include offensive counterinformation radio, television, and military communications broadcast, EA (or SOF mobility), depending on variant. EC-130J and legacy Commando Solo variants have conducted psychological operations in almost every US contingency since 1980. USAF is working to develop an Operational Flight Program Block upgrade cycle for the EC-130J’s mission specific equipment, and the airframe is undergoing Block 8.1 upgrades in tandem with the base-line C-130J. SOCOM is currently funding accelerated development, testing and fielding of the Multi-Mission Platform-Heavy (MMP-H) digital broadcast system which will allow all aircraft to be de-modified to a SOF multimission configuration. MMP-H enables standoff radio, television, UHF/ VHF, and cellular broadcast against denied threats from up to 175 miles away.

The fleet is receiving Link 16 networking to integrate with other SOF assets, and critical needs include acquiring Communication EA Surveillance and Reconnaissance (CEASAR) and Long-Range Broadcast System (LRBS) pods for the four remaining non-equipped aircraft.