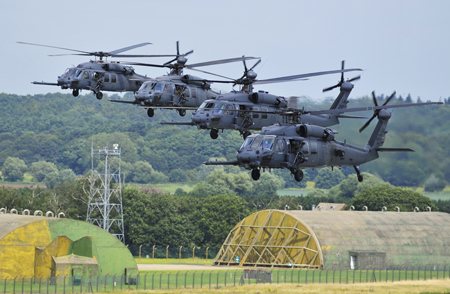 The HH-60G Pave Hawk is an armed, all-weather day/night CSAR helicopter derived from the UH-60 Blackhawk. Delivery of the last of 21 Army-surplus HH-60U combat-loss replacements was expected in 2020, with two added airframes increasing the fleet to 116. Both types will be replaced by the HH-60W Jolly Green II currently undergoing testing.