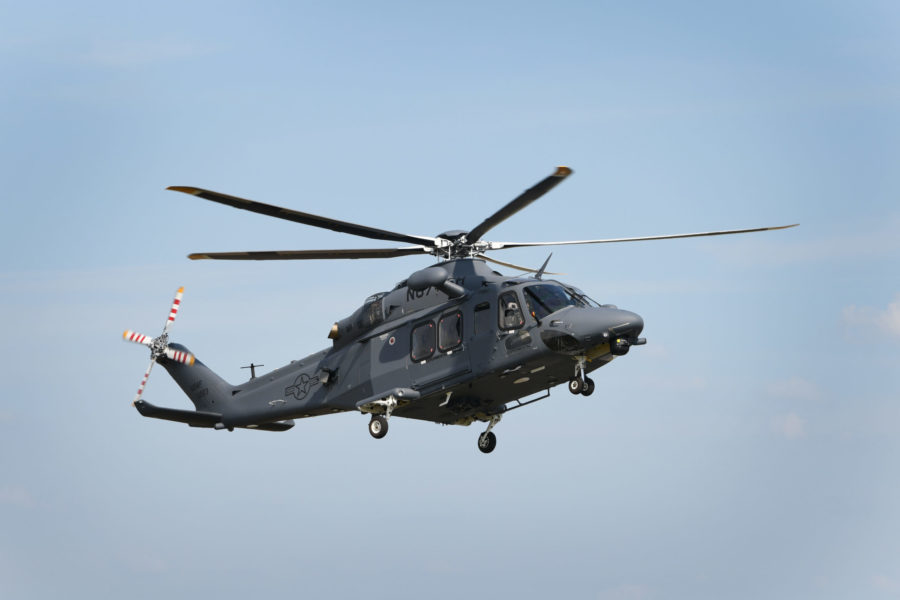 The MH-139 is based on the Leonardo AW139 and is modified with mission-specific equipment, systems, and armament by prime contractor Boeing.

Modifications will include defensive systems such as chaff/flares and missile warning, cockpit and cabin ballistic protection, and crashworthy, self-sealing fuel tanks. AFGSC aircraft will be optionally armed with cabin-mounted 7.62 mm M240 machine guns. USAF awarded Boeing the $2.4 billion UH-1N replacement contract on Sept 24, 2018, following cancellation of the earlier Common Vertical Lift Support Program (CVLSP). Requirements were driven by the MH-139’s primary ICBM-field security and support role, but it will eventually replace UH-1Ns in the DV lift and aircrew survival training roles as well.

The service plans to procure up to 84 MH-139s through FY27, basing 30 at Andrews, 11 each at F. E. Warren, Kirtland (schoolhouse), Malmstrom, Minot, and four each at Fairchild and Yokota, retaining two for integration work at Eglin. Since the commercial AW139 is a mature system, developmental testing will be streamlined and tests will focus largely on ability to meet mission requirements.

Two of the initial four airframes arrived at Duke Field in late 2019, and the first developmental test flight took to the air Feb. 11, 2020. Operational testing begins in FY21 and live-fire and aircraft survivability/self-defensive tests are ongoing.