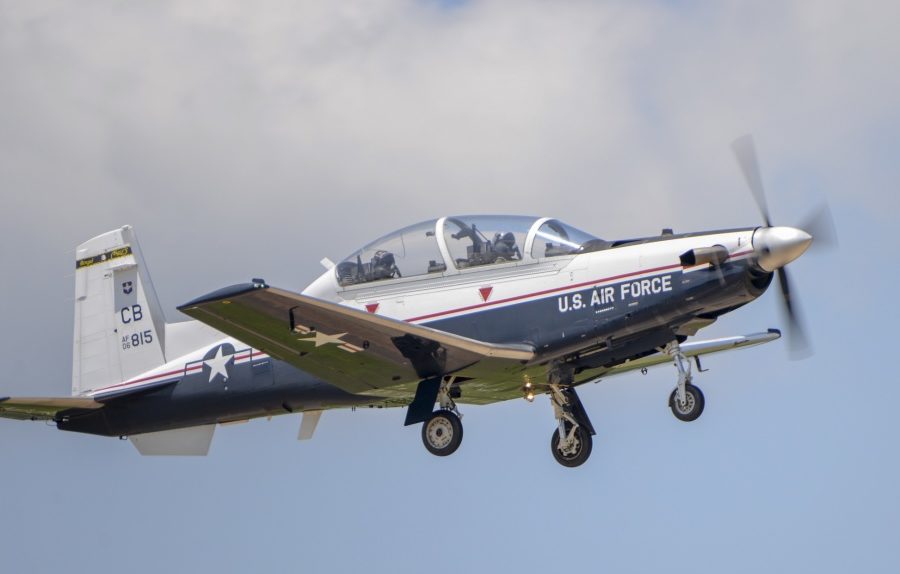 The T-6 is a joint Air Force/Navy undergraduate pilot trainer developed under the Joint Primary Aircraft Training System program. The aircraft is based on the Swiss Pilatus PC-9 and the Navy version is designated T-6B. The tandem student and instructor positions are interchangeable, including single-pilot operation from either seat.

The T-6 is fully aerobatic and features an anti-G system. USAF production was completed in 2010, with an expected service life of 21 years. Ongoing mods include airspace compliant avionics, improved canopy fracture system, and updated training aids.