Skip to content
The T-7A Red Hawk is an all-new advanced pilot training system designed for the U.S. Air Force that will train the next generation of fighter and bomber pilots for decades to come. Designed using a digital thread, the T-7A aligns with the U.S. Air Force’s Digital Century Series strategy by enabling the integration of new concepts and capabilities faster and more affordably through virtual testing. The Red Hawk builds off the legacy of the Tuskegee Airmen, paying tribute to the legends of the past and the heroes of the future. Boeing 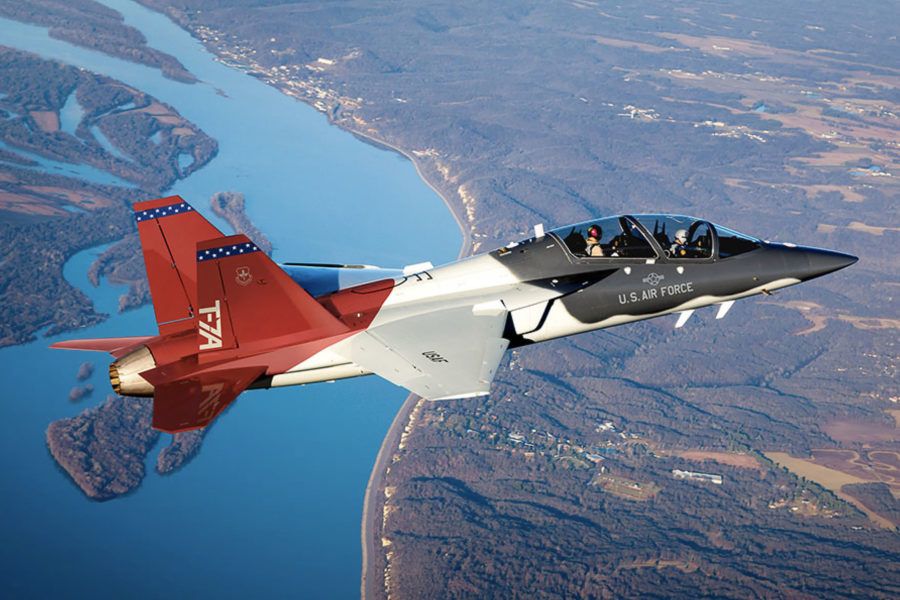 The T-7A Red Hawk is the Air Force’s developmental next-generation, supersonic advanced jet trainer. The service selected the joint-venture Boeing-SAAB aircraft as the winner of the $9.2 billion “T-X” competition to replace the T-38 on Sept. 20, 2018. eT-7A was designed from the outset to replicate the systems and performance of advanced 4th and 5th-generation aircraft including high-G/high angle of attack performance and a blend of synthetic and onboard systems including simulated radar, defensive systems, data links, and smart weapons.

The first production T-7A is planned for delivery to Randolph in 2023, and FY21 funds construction of the initial Ground-Based Training System simulator at JBSA Lackland.

Crisis in the Fighter Force