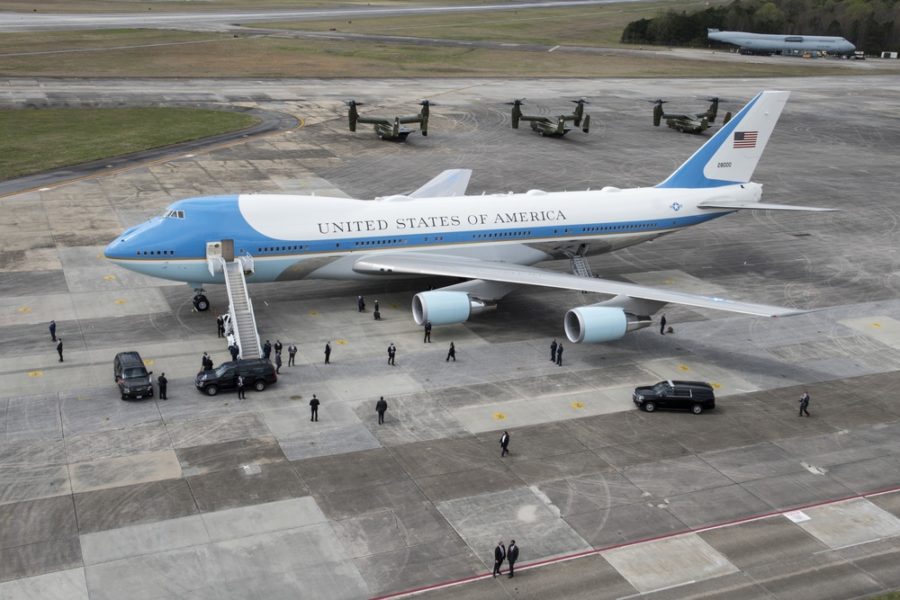 The VC-25 is a specially configured Boeing 747-200B equipped for airlifting the President and his entourage. VC-25s operate under the call sign “Air Force One” when the President is aboard, and SAM (Special Air Mission) during non-presidential flights. The aircraft also has a full self-defensive suite. The fleet is operated by the Presidential Airlift Group of the 89th Airlift Wing at JB Andrews. The VC-25A fleet has two years’ estimated service life remaining and required recent life-extension/block upgrades to remain viable until replaced by the VC-25B (based on Boeing’s modernized 747-8 Intercontinental).

Work is underway modifying the airframes and delivery is slated for 2024, though specifications exclude an aerial refueling capability to reduce program cost. The current VC-25A fleet is planned for retirement by the end of 2025.


More articles about the VC-25 Air Force One