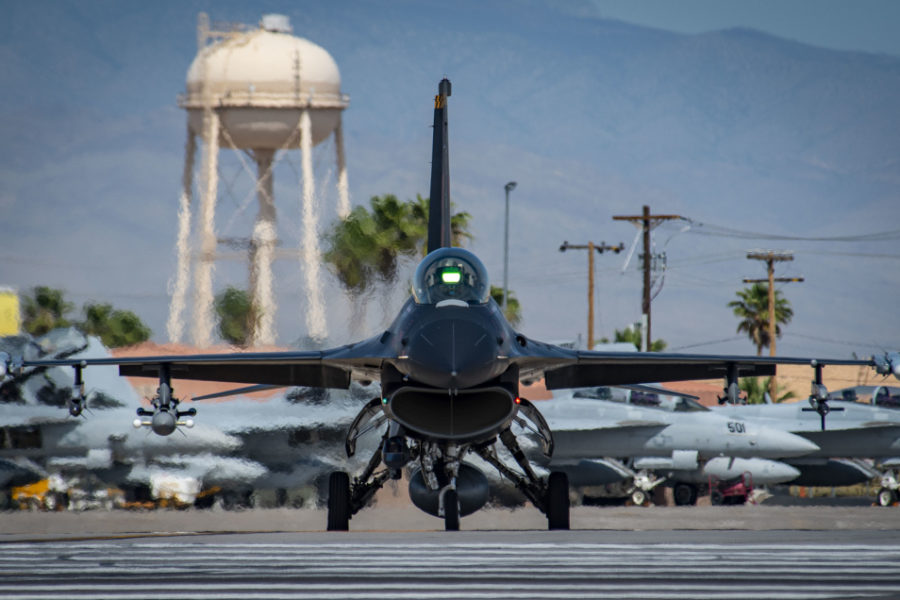 Deptula recalled his AFWS experience as among the hardest things he did in 35 years in the Air Force. “Relative to all that’s been added to the course since, what you all have accomplished is certainly much more than what I experienced,” he said, adding that he relished the chance to address an audience that is surely the future leadership of the force.

Graduates should ponder, he said, what that means as they carry newfound knowledge back to their squadrons and progress in rank and responsibility as leaders in the Air Force and Space Force.

“My bottom line up front is for you to remember, plan for, and preach the critical importance of integration of the multitude of force elements resident in our air and space forces that’s absolutely required for operational success,” Deptula said. “While we now have a separate service dedicated to organize, train, and equip for operations in space, when it comes to force application, success can only be achieved through the indivisible application of aerospace power.”

Times do change, he continued. “When I went through what is now the Air Force Weapons School, it was known as the Fighter Weapons School because only fighters were involved in the program,” Deptula said. “Today the Air Force Weapons School now comprises 21 squadrons, 31 Weapon Instructor Courses, nine Advanced Instructor Courses, and represents Air Combat Command, Global Strike Command, Air Mobility Command, Air Force Special Ops Command, PACAF, USAFE, AFCENT, and the Space Force. I’m here to tell you: No one in class 81DIN was exposed to orbital warfare.”

Deptula said expansion of the Weapons School has been critical to advance understanding of integrated operations since then. “Think about your participation in the integration phase of the course,” he told graduates. “Do you now have a greater appreciation of what’s involved in planning, executing, and flexing for the inevitable changes that occur in a campaign-level aerospace operation than you did before you came here? I think the answer is yes. During Desert Storm, the vast majority of the captains out there didn’t have that kind of perspective. I’d also tell you that neither did a lot of colonels or generals.

“The point is that your particular weapon system or specialty is just one part of what is a much larger enterprise,” Deptula explained. “And for that enterprise to succeed, it takes optimization of all the parts. Learning that as a captain yields enormous benefits when faced with the real-world cudgel of combat. And when you advance in rank and responsibility, you’ll have the insights required to succeed at the operational and strategic levels of command.”

One of the most significant changes in the evolution of modern warfare is the result of the combination of three technological changes:

Deptula quoted a Marine platoon leader writing about Operation Iraqi Freedom: “For the next hundred miles, all the way to the gates of Baghdad, every palm grove hid Iraqi armor, every field an artillery battery, and every alley an antiaircraft gun or surface-to-air missile launcher. But we never fired a shot. We saw the full effect of air power. Every one of those fearsome weapons was a blackened hulk.”

That’s important, Deptula said, because military “capabilities change over time and those fundamental changes should be exploited, … particularly in an era of great power competition.”

To defeat future peer adversaries, U.S. forces must fully exploit modern ISR, precision strike, stealth, and maneuver, Deptula said. It must increase integration of service components, increase seamless information sharing across systems in every domain, and leverage advances in computing and network capabilities to turn information into a dominant factor in warfare.

“The outcome [of future conflicts] will increasingly be determined by which side is better equipped and organized to collect, process, disseminate, understand, and control information,” Deptula concluded. “Joint all-domain command and control, the Advanced Battle Management System, and Agile Combat Employment … will remain just concepts without the integration” that Weapons School graduates will bring to the fight.

“We need the suppression of enemy air defense expert, the command and control guru, the air dominance subject matter expert, ISR specialists, and dynamite strike leads to turn these concepts into tactics, techniques, and procedures, to experiment and fail as much as succeed, and to lead the way in making the hard decisions … required to make these information age concepts reality,” Deptula continued. “Modern sensor-shooter-effector air and spacecraft are the key elements and will become the nucleus of the combat cloud because of their rapid reach and global perspective.”

Then he quoted President George W. Bush as saying the best way to keep the peace is to redefine war on America’s terms. “You just mastered how to do that,” he told the graduates. “As you return to your units, teach your brothers and sisters in arms to do the same.”