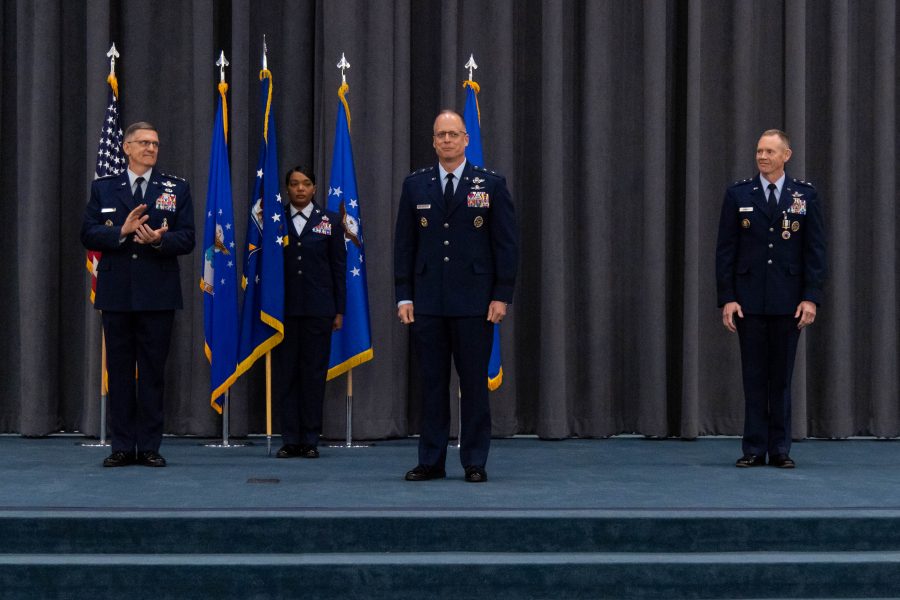 As the leader of the “Mighty Eighth,” Weatherington will oversee the Air Force’s bomber force, including more than 20,000 Airmen, 150 bombers, and four E-4Bs, along with the Joint-Global Strike Operations Center.

“What a tremendous honor,” Weatherington said during the ceremony, according to a release. “I look forward to collaborating and strengthening our communities and forces in the days to come.”

Air Force Global Strike Command boss Gen. Timothy Ray presided over the ceremony, which was much smaller than normal because of COVID-19-related restrictions.

Dawkins’ next assignment has not been announced.