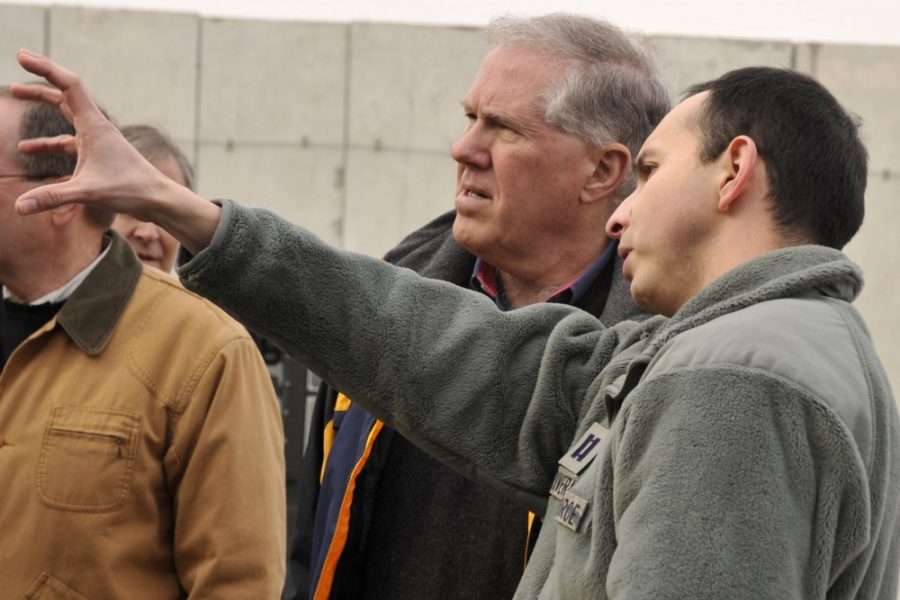 Michigan’s Selfridge Air National Guard Base in Harrison Township possessed “superior qualifications” in the bid, a Peters spokesperson told Air Force Magazine on July 1 in response to inquiries as to why Peters, along with Massachusetts Democrat Elizabeth Warren and Utah Republican Mike Lee, have put holds on the nomination vote.

Warren has yet to respond to a request for comment, and Lee’s office declined to confirm or deny that a hold was in place.

“Senator Peters wants—and Michigan deserves—additional information and data from the Air Force and the Department of Defense regarding its process surrounding the recent F-35 international training center decision,” the Peters spokesperson said.

At Kendall’s May 25 Senate Armed Services Committee hearing, Peters sought a commitment from the nominee for a fair and transparent selection process, should he be confirmed before the Air Force decision was made.

“Its location clearly exceeds all of the mission requirements,” Peters told Kendall, highlighting the existing infrastructure, runway length, and number of aircraft shelters.

“Michigan hosts the largest contiguous joint overland service range airspace complex east of the Mississippi River,” Peters added. “In addition, the folks on the ground in Macomb County have been enthusiastic hosts of this base for over 100 years.”

The Air Force announced June 3 that Ebbing Air National Guard base in Fort Smith, Ark., would be the preferred location for the F-35 Lightning II training center.

In testimony, Peters said Singapore would train its F-16 and F-35 pilots there, while F-35 pilots from Finland, Poland, and Switzerland would also use the base. Meanwhile, the Swiss government announced June 30 a $5.5 billion award to Lockheed Martin to make the F-35A its preferred fighter aircraft.

Selfridge was chosen as an alternate location for the training center should Ebbing fail an environmental assessment study.

The Republic of Singapore’s F-16 Fighting Falcon training unit is currently based at Luke Air Force Base in Arizona, but ramp and airspace capacity constraints do not allow an expansion.

The new training center will have a capacity for up to 36 fighter aircraft.

“The reasoning provided so far does not add up,” the Peters spokesperson said. “Senator Peters is fighting for Michigan and to get to the bottom of how and why the Air Force made this decision.”

The spokesperson did not immediately respond to a question as to when the senator might lift his hold and whether he intends to allow a vote before the August recess, which is slated for Aug. 9-Sept. 15.