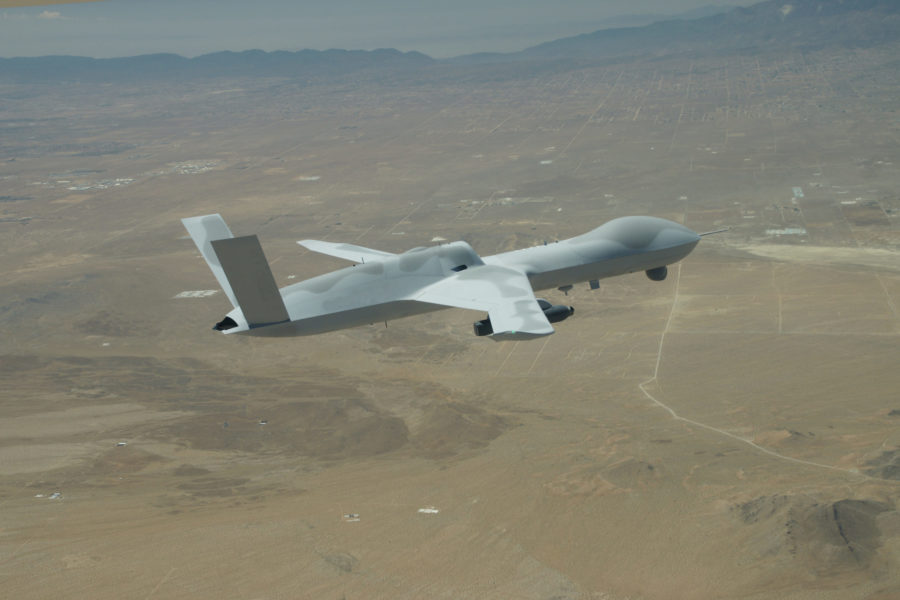 DAYTON, Ohio—Skyborg, the Air Force’s effort to develop an artificial intelligence-enabled system to control unmanned aircraft, is ready to “graduate” and contribute to key programs such as the Next Generation Air Dominance family of systems, a top program executive officer said.

But while the so-called Vanguard effort is seemingly on the verge of becoming a program of record, it won’t stop developing, experimenting, and testing new technologies.

For months, Air Force Secretary Frank Kendall has described his vision of four to five low-cost, uncrewed aircraft flying alongside the crewed fighter that will be the centerpiece of NGAD—or other fighters such as the F-35—to create a formation. Lately, Air Force officials have started referring to those uncrewed aircraft as collaborative combat aircraft, or CCA.

Kendall and other leaders have pushed an ambitious pace to deploy these drones, perhaps by the middle of the 2020s. Such a timeline is a credit to the success of Skyborg, Brig. Gen. Dale R. White, program executive officer for the Air Force Life Cycle Management Center’s fighters and advanced aircraft directorate, told reporters during the Life Cycle Industry Days conference.

“We used Skyborg as the foundation, the stepping-off point, with all of the [science and technology] work that we did, which feeds into it, and we’re continuing to work with industry and with the enterprise, and we’ll continue to refine that approach,” White said, adding that because of Skyborg, the CCA effort is not “starting from zero.”

Since being identified as a priority effort in 2020, Skyborg has already demonstrated capabilities that CCAs will likely need.

In December 2020, a drone included in the Skyborg program flew alongside an Air Force F-22 and Marine Corps F-35, allowing the two crewed platforms to communicate using otherwise incompatible datalinks. The Autonomous Core System, the “brain” of Skyborg, has successfully flown multiple aircraft made by different contractors. Multiple drones operated by the ACS have flown together, demonstrating a drone “teaming” capability. And there have been other flight tests as well, the details of which have not been publicly announced.

“I think the most important thing is our ability to show that the Autonomous Core System was effective and it can be moved from aircraft to aircraft,” White said. “And so that demonstration we had in [2021] was really to focus on … we had two completely different vendors, two completely different aircraft, and we could use the Autonomous Core System on both. And so that served as kind of a foundation that autonomy was something that was mature enough to be able to move the program forward, and that’s going to feed the CCA approach.”

In its 2023 budget request, the Air Force indicated that it wanted more than $100 million over the next two years to further that approach under a Research, Development, Test, and Engineering program called Autonomous Collaborative Platforms, which “matures technology from the Science and Technology (S&T) Skyborg Vanguard program,” budget documents state.

In that regard, “we see Skyborg as kind of a graduation exercise,” White said. “The Secretary has made it clear he sees the vision of a program of CCAs. That shouldn’t be a question. He’s made that abundantly clear.”

But while Skyborg’s technology is maturing and advancing toward operational use, the program’s S&T side won’t slow down, White added.

“Most people may not know this, but Skyborg is still flying. We just flew again in June,” he said. “They’re still pushing out capability, continuing to push the bounds of what we can do with autonomy.”

Indeed, White indicated that Skyborg has not only proven out technology for autonomous unmanned aircraft, but it has also demonstrated a new way for acquisition and S&T to work together.

“While we may graduate, programmatically speaking, there’s still continued work that needs to be done on the S&T side,” White said. “And what we found is through that process of Skyborg, that relationship between the PEO and [Air Force Research Laboratory] commander [Heather L. Pringle], it has proven to give us so much benefit. I get to steer what I think she should be looking at. And then she goes off and does that. And then that feeds into the decision space of how we build capabilities.”

Ideally, White added, that’s how the Air Force would like for all its programs to work. “In the case of Skyborg, it was just wildly successful in terms of what we got out of it, what we continue to get out of it, and how we use that to present decision space to our leaders on how we set up programs of record,” he said.

Such an approach is especially important for Skyborg given its focus on software, artificial intelligence, and machine learning. Observers and officials have frequently bemoaned the Pentagon’s acquisition process for cutting-edge technology, saying it doesn’t work with the rapidly iterated, constantly improving approach of tech innovators.

By allowing Skyborg’s science and technology progress to continue while integrating it into collaborative combat aircraft and other programs, the Air Force is moving closer to operational AI, said Caitlin Lee, senior fellow for the Mitchell Institute’s Center for Unmanned and Autonomous Systems.

“It is really important to prototype and to do so quickly and to iterate quickly and to do lots of tests and evaluation, and Skyborg is doing that,” Lee said. “What I’m talking about is crossing what they call the Valley of Death into a program of record. And I think the real trick there is that you can’t just stovepipe this AI in a program of record all by itself. It’s got to be constantly integrated and developed within a platform and optimized for that platform.”