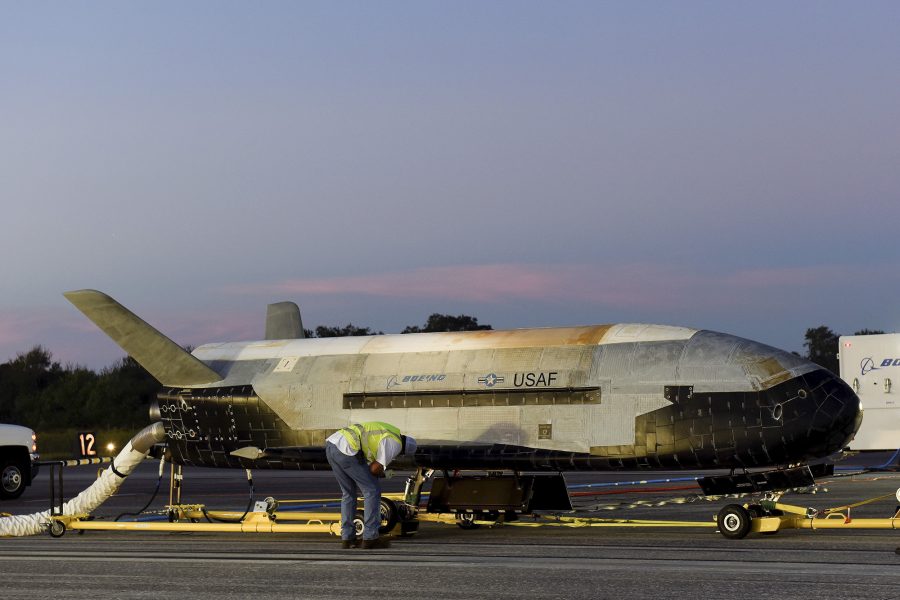 The Space Force is already thinking about future spaceplanes and other platforms that will succeed those now in service, though the near-term focus will be on making existing capabilities more resilient, Lt. Gen. B. Chance Saltzman, deputy chief of space operations for operations, cyber, and nuclear, said in an AFA Mitchell Institute virtual event Oct. 16.

The two X-37B reusable unmanned spaceplanes that have collectively amassed years in orbit conducting operational and technological experiments will likely not be replaced with something just like them, Saltzman said.

“We’ve gotten a lot of great utility out of both of those vehicles,” he said, citing lessons learned about “how to apply a reusable vehicle, how to get the most out of it, how to [refurbish] it.” Those lessons will “live forever, and we’re going to try to apply those as much as we can.”

Saltzman said he doubts the X-37s will be replaced with something identical.

“That seems kind of, ‘status quo,’” he observed, noting that the approach will likely follow former Chief of Staff Gen. David L. Goldfein’s maxim that, “We want to get to ‘new-new,’ not just ‘new-old.’”

The X-37Bs are “an example, maybe, [of] technology that has served its purpose and it’s time to start looking at the next available capability. But the lessons learned from a reusable vehicle certainly will apply to whatever we do going forward.” He couldn’t offer specifics, except to say, “I can tell you we’re looking at it from a broader lens than just trying to enhance an older capability and technology.”

Asked if Space Force’s first “new” platforms will be of a reusable, on-orbit satellite service/refuel type, Saltzman suggested such systems may already be in place.

“We’ve been doing this a long time and we’ve got a lot of capabilities. We’re not new to the space effects for warfighters … What’s ‘first’ is probably a relative term.”

In terms of new platforms “under the Space Force banner,” Saltzman said, “We’re still developing our warfighting construct, and it takes a while to … resource it … and buy the right systems.” Near-term projects will be “enhancements to existing capabilities,” such as new GPS satellites, enhanced Extremely High Frequency systems, “new capabilities to protect and defend, and maybe new satellites that will be more resilient than the big targets they’ve been in the past. That’s going to be our near-term focus.”