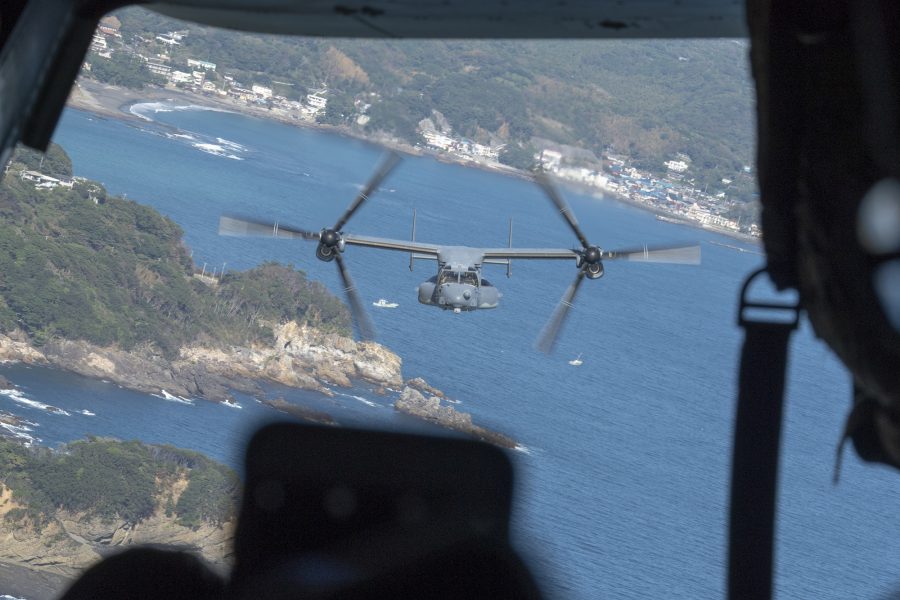 The Air Force along with the US Army Corps of Engineers and a Japanese construction company on Dec. 5 broke ground on a new, $63 million permanent home for special operations CV-22 Ospreys at Yokota AB, Japan.

The project includes a new apron for the 21st Special Operations Squadron, along with new utilities and communication infrastructure, according to a Yokota release.

The move of Ospreys was first announced in 2015, with the initial aircraft arriving at the base outside Tokyo last summer. While stationed in Pacific Air Forces, the squadron’s 10 Ospreys belong to Air Force Special Operations Command and will be available to “rapidly react to natural disasters or crises,” the Air Force has said. In addition to Yokota, Ospreys operate in Europe at RAF Mildenhall, England; and stateside at Hurlburt Field, Fla., and Kirtland AFB, N.M.

“The project will ensure the 21st SOS has the permanent capability needed to effectively execute long-range infiltration and exfiltration missions, and provide disaster relief support in the event of crisis or contingency,” said Lt. Col. Jason Hock, the commander of the 21st SOS, in a release. “Forward-basing the CV-22 at Yokota provides an increased level of security, disaster preparedness, and emergency airlift capability during crisis situations that will allow US forces to support the defense of Japan and the region.”

The Dec. 5 groundbreaking ceremony also included a Shinto blessing “to purify the site and wish safety on the construction crew,” according to Yokota. The work stems from a $63 million contract to Nippo Corporation, with construction expected to finish in 2022.